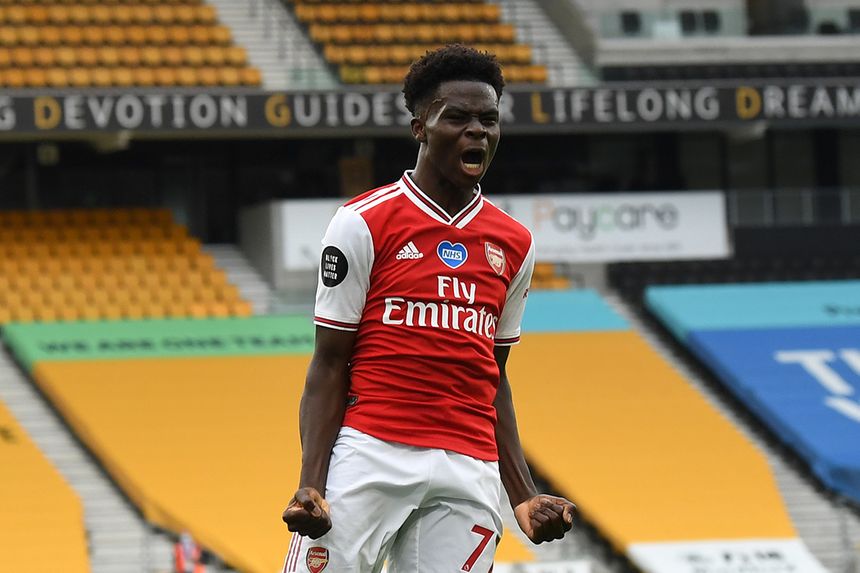 The 18-year-old winger broke the deadlock two minutes before half-time, finishing superbly with a volley from Kieran Tierney's cross.

Adama Traore's lobbed finish dropped wide of a post as Wolves pushed for an equaliser.

Joe Willock, another second-half replacement, almost added a third, but his effort was cleared off the line.

A third straight Premier League win for the Gunners moves them up to seventh place, one place behind Wolves and six points adrift of fourth-placed Manchester United.