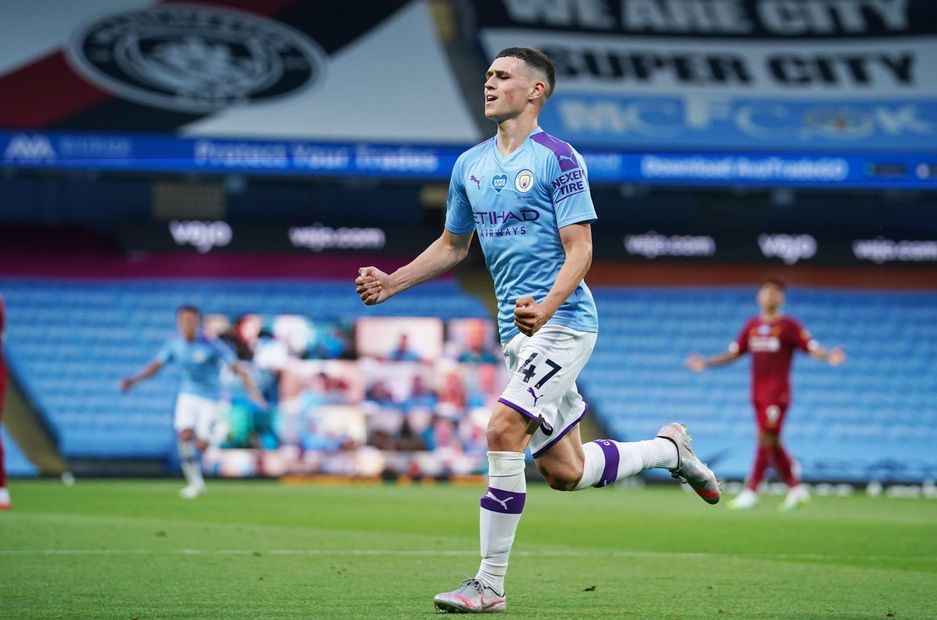 Strikes from De Bruyne, Sterling, Foden and an Oxlade-Chamberlain own goal give City 4-0 home win

After Liverpool's Mohamed Salah struck a post early on, Kevin De Bruyne put the hosts ahead from the penalty spot on 25 minutes after Joe Gomez had fouled Raheem Sterling.

Foden then got on the scoresheet when he finished off a well-worked move just before half-time.

In the second half, Liverpool created chances for Sadio Mane and substitute forward Divock Origi before an own goal by Alex Oxlade-Chamberlain put the contest beyond doubt.

And late on, Riyad Mahrez had a stoppage-time strike ruled out by the Video Assistant Referee for handball in the build-up.

Second-placed Man City are 20 points behind champions Liverpool, who have 86 points.