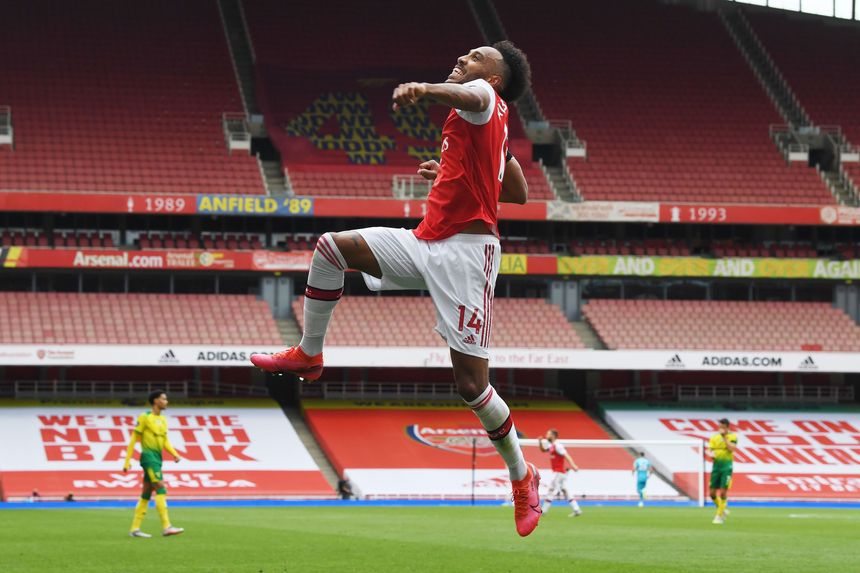 Pierre-Emerick Aubameyang became the fastest Arsenal player to reach 50 Premier League goals as the Gunners saw off Norwich City with a 4-0 victory.

After Ben Godfrey's long-range shot grazed a post for Norwich, Aubameyang put the hosts ahead on 33 minutes by dispossessing goalkeeper Tim Krul and slotting home. That took him to 50 PL goals for Arsenal in 79 matches, four fewer than Thierry Henry.

Four minutes later it was 2-0 as Aubameyang teed up Granit Xhaka.

In the second half Aubameyang pounced on an error by Josip Drmic to make it three, and substitute Cedric Soares scored a debut goal with nine minutes left.