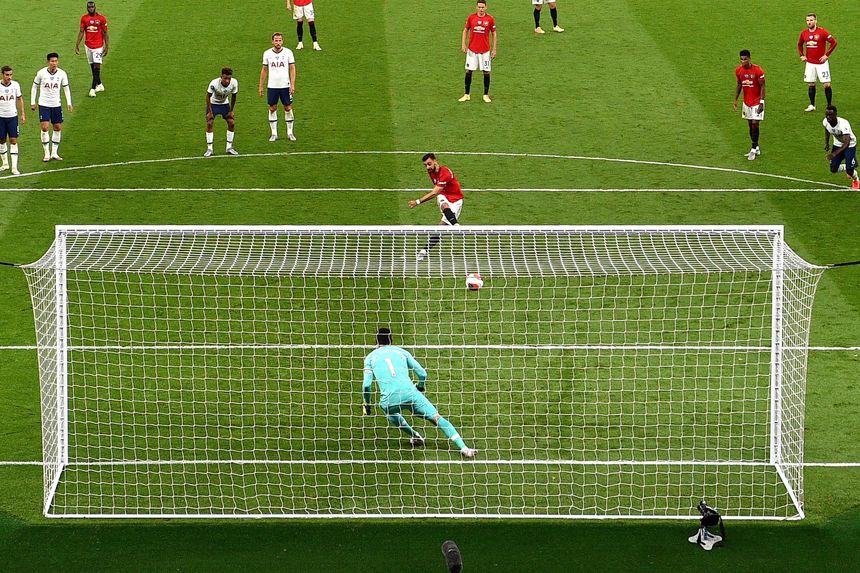 Bruno Fernandes' spot-kick was 11th the club have been awarded in 2019/20, threatening mark held by Crystal Palace and Leicester City

Manchester United are on course to threaten the record for the most penalties awarded in a Premier League season after a spot-kick helped to rescue a point for them at Tottenham Hotspur on Friday night.

Bruno Fernandes' 81st-minute spot-kick that earned Man Utd a 1-1 draw was the 11th that they had won this season.

With eight matches remaining for United in 2019/20, they are just two shy of the record of 13 penalties awarded, shared by Crystal Palace in 2004/05 and Leicester City in their title-winning 2015/16 season.

United are already only one short of their own club record of 12 from last term.

They would have equalled that total had the Video Assistant Referee not overturned a second spot-kick awarded to them by referee Jon Moss in the final minute of normal time on Friday.

Not surprisingly, since the start of last season, United's 23 penalties taken and 16 scored are more than any other Premier League side.

However, United are less likely to threaten the mark for the most penalties scored in a season.

Of the 11 they have taken this season, four have been missed.

Palace and the Chelsea team of 2009/10 jointly hold the record for the most penalties scored, with 11. Palace's were all scored by Andy Johnson, an individual competition record in a season.