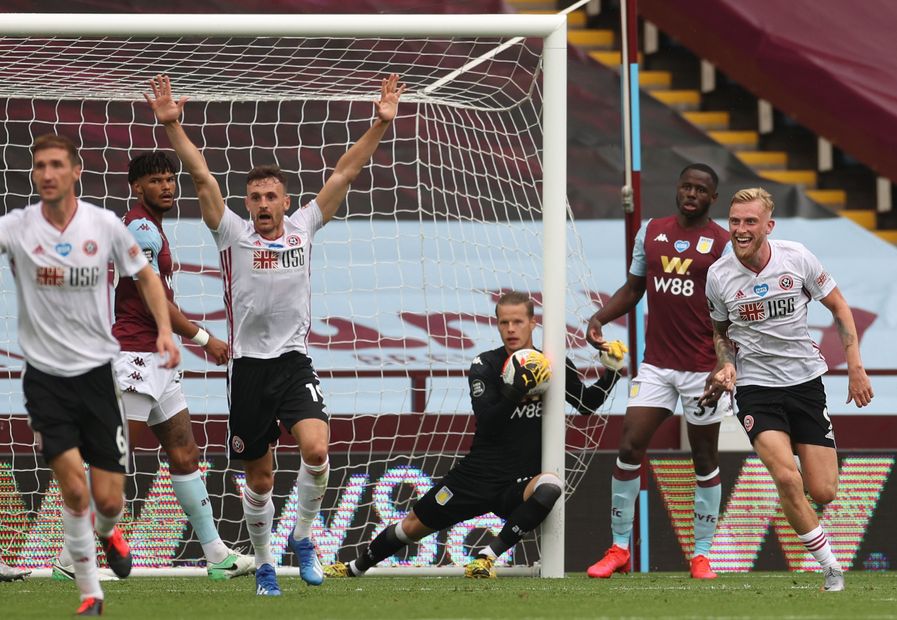 Incident: In the 42nd minute in Wednesday's match at Villa Park, Aston Villa goalkeeper Orjan Nyland attempts to catch a free-kick from Sheffield United's Oliver Norwood but fumbles the ball and appears to carry it over the line.

The referee Michael Oliver does not award a goal after receiving no alert on his watch or earpiece from the Goal Decision System (GDS).

After the incident, Hawk-Eye, which manages GDS, said in a statement that seven cameras in the stands around the goal area were unable to identify the ball at that moment because of significant occlusion, meaning the position of Nyland, a Villa defender and the goalpost obscured the ball's position over the line from the cameras. Therefore, GDS was unable to alert the match officials.

"This level of occlusion has never been seen before in over 9,000 matches that the Hawk-Eye Goal Line Technology system has been in operation," Hawk-Eye said.

"The system was tested and proved functional prior to the start of the match in accordance with the IFAB Laws Of The Game and confirmed as working by the match officials.

"The system has remained functional throughout. Hawk-Eye unreservedly apologises to the Premier League, Sheffield United, and everyone affected by this incident."

As for the Video Assistant Referee, PGMOL, the organisation responsible for match officials, stated after the match that under IFAB protocol, the VAR is able to check goal situations.

However, in this instance, due to the fact that the on-field match officials did not receive a signal, and the unique nature of that, the VAR chose not to intervene.