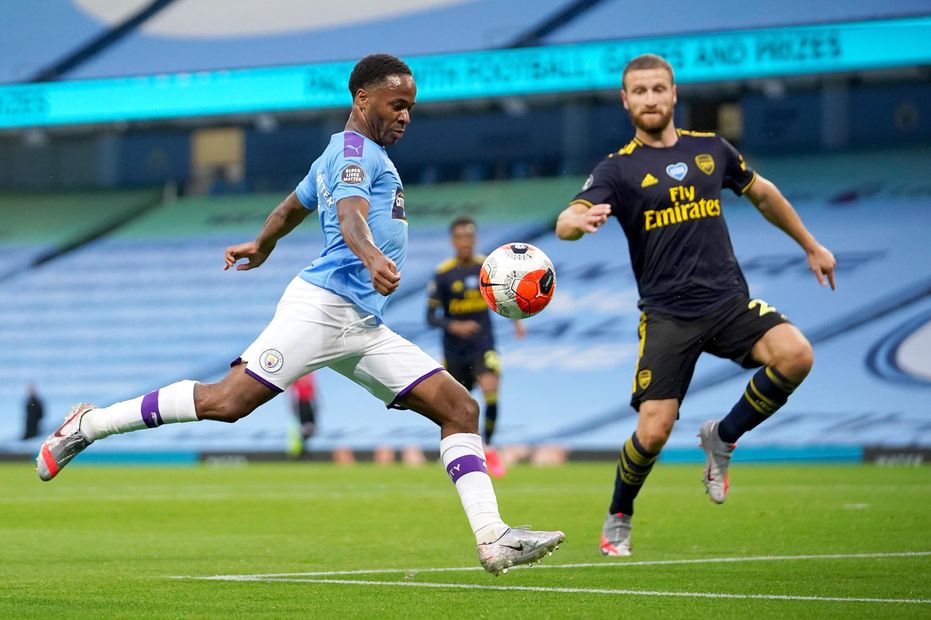 Find out what will happen with players, balls and referees in Premier League matches behind closed doors

BCD guide: Before the match
Van-Tam: Enjoy matches at home to stay safe
Introduction to Behind Closed Doors (BCD)

With the 2019/20 Premier League matches having resumed behind closed doors from Wednesday 17 June, here is a guide to the safety measures in place for matchdays and to what fans watching at home can look out for.

If there is only one tunnel available at the stadium, the away team's players will enter the pitch first, followed by the home. At some stadiums, teams may be able to use separate tunnels to enter the pitch.

Both sets of players must try to maintain social-distancing while entering the pitch.

When they line up for the Premier League anthem, rather than form a straight line as before, players will now stand in a staggered formation.

The traditional handshakes between the two teams will no longer happen and there will also be no handshakes at the coin toss.

Trainers’ benches will be expanded to enable social-distancing during the match.

This can include using seats next to the bench or reallocating seats to provide the required distance between people. For example, substitutes can be seated in designated areas in the stands behind the benches.

Those people in the technical area must maintain social-distancing, with zones marked out to guide them.

There are no ball assistants in behind-closed-doors matches, so if a match ball goes into the stands, the referee will decide if the ball can be retrieved without a noticeable delay.

If not, the referee will allow players to use spare balls placed around the pitch.

If a player needs treatment on the pitch, any club staff performing physiotherapy or soft-tissue treatment must wear the appropriate personal protective equipment (PPE).

A paramedic crew of two people will be in the Red Zone and clubs should name two members of Red Zone staff to act as stretcher bearers.

The referee will signal for drinks breaks to be taken midway through each half. The breaks should last no longer than a minute, with players drinking from their own bottles.

The time taken for the break will be added to the end of the half.

Managers can make use of five substitutes during a match, instead of three, in line with the temporary law amendment made by the International Football Association Board.

Teams can also have nine players on the bench rather than seven. But, one manager can make substitutions on only three occasions during a match, not including those made at half-time.

Only three substitutes from one team are allowed to warm up at one time.

Premier League match officials have been isolating throughout this period, but have been training regularly, with their fitness monitored. They are being tested as regularly as players, and will follow the same protocols.

Video Assistant Referees (VAR) will continue to be in operation for matches, with the configuration of the VAR Hub at IMG Studios, Stockley Park, changed to allow for social-distancing.

Players and managers have been given these guidelines to reduce risk and maximise personal safety.