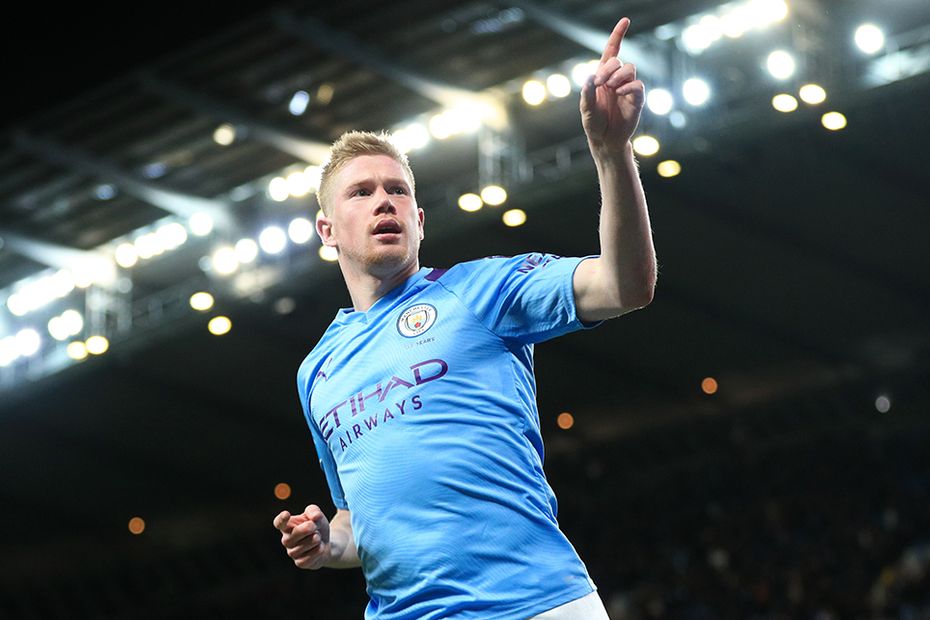 City restart: The inside story of our return to football External Link
The Scout's FPL transfer targets

De Bruyne will be a major captaincy candidate for Manchester City’s Double Gameweek 30+.

Pep Guardiola’s men are among the four sides to play twice in that round of fixtures, welcoming both Arsenal and Burnley to the Etihad Stadium.

Belgium star De Bruyne excelled in his last appearance against the Gunners in Gameweek 17, scoring two sensational goals and providing an assist to claim his season-high tally of 19 points.

His total of seven double-figure hauls is more than any team-mate this term.

Sitting in 46.4 per cent of squads, De Bruyne is the most popular player in FPL.

He has provided a league-leading 18 Fantasy assists and has also found the net on eight occasions over his 26 appearances.

And the midfielder’s underlying statistics further highlight his influence on the Man City attack.

He has created 96 chances, more than any other player this season. Meanwhile, his total of 76 shots ranks fifth overall.

He has played more minutes than any other outfield player for Guardiola’s side this season, suggesting he is less likely to be rotated than his team-mates.