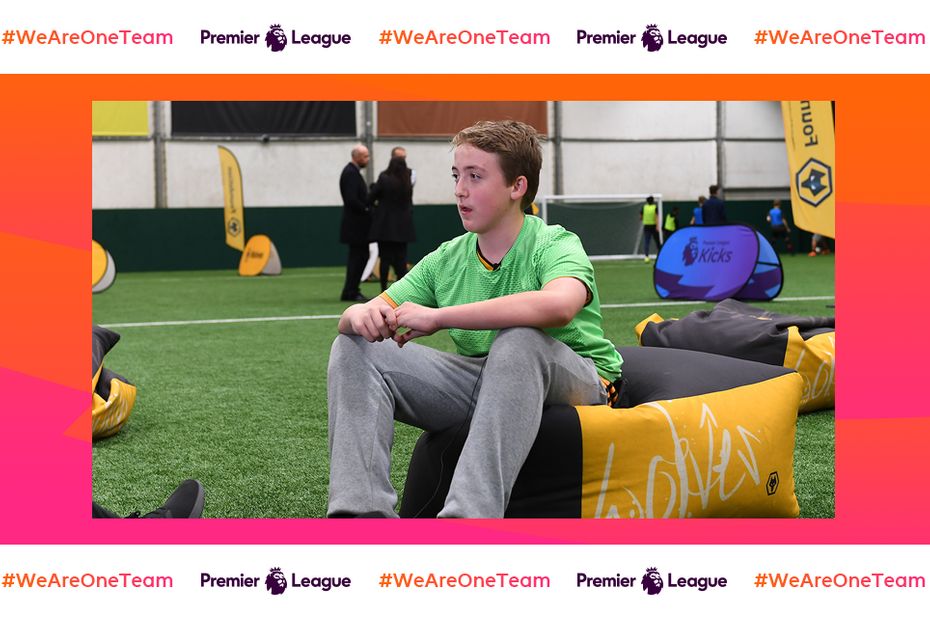 As part of Volunteers' Week, see how Spencer is now helping others through the Wolves Foundation

Taylor: Volunteers have helped keep people connected
How our clubs have been helping the NHS
Coronavirus: How our clubs show support in the community

Creating opportunities for young people to volunteer and help others in their local communities is an important part of many programmes run by the Premier League and its clubs.

And to mark Volunteers' Week, which celebrates the contribution that millions of people make in the United Kingdom, clubs are highlighting the key role that these volunteers play in their work.

One is Spencer, who is part of the Premier League Kicks programme run by the Wolverhampton Wanderers Foundation.

Initially shy and reserved, Spencer soon came out of his shell after attending the sessions, which led to him becoming a ball boy for Wolves' home matches at Molineux.

And since September, Spencer has used his growing confidence and leadership skills when volunteering at Kicks sessions every week.

"He helps us sort the teams, hand out bibs, move the goals and tidy up at the end of the session," says Luke Shearing, inclusion and cohesion officer at the Wolves Foundation.

"It gives him the opportunity to see what it's like to be a coach for an evening and I really hope it's something that he continues to progress with."

As part of this, Spencer helped lead on a social action project earlier this year that organised the collection of more than 200 unwanted trainers from fans, which have been given to homeless people in the area.

"Before I used to come to the sessions I used to be very nervous about talking to people, but I feel more comfortable now," Spencer says.

"I have made loads of friends and the coaches have been amazing. I have a very special bond with them."