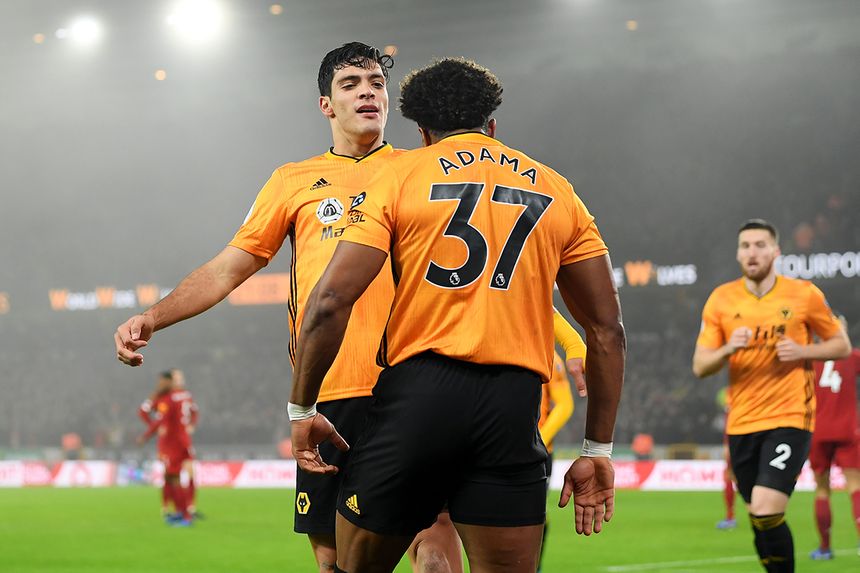 Two of Wolverhampton Wanderers’ most outstanding players this season have been Raul Jimenez and Adama Traore.

Under the guidance of Nuno Espirito Santo, both have thrived in the Premier League.

Between them, they have scored 17 goals and contributed another 13 assists, highlighting their influence in the Wolves attack.

Their work as a partnership has been particularly impressive.

Traore and Jimenez have shared more assists than any other pairing in the Premier League.

Five of the eight goals they have made for each other have come from counter-attacks.

Wolves' 2-0 win at Manchester City is a fine example of this combination.

Traore scored twice at the Etihad Stadium in October, with both efforts coming after Jimenez broke forward and provided the perfect pass.

Returning the favour, Traore has set up Jimenez to find the net against Aston Villa, Southampton and Liverpool.

His other two assists for the Mexican striker have come from similar positions against Man City and AFC Bournemouth.

This season the Wolves pair have created the most goalscoring opportunities between themselves.

Their relationship is also among the most evenly balanced, with Liverpool’s Mohamed Salah and Roberto Firmino leading the way in this respect.

While Traore will naturally create more for Jimenez, the latter has proved he is perfectly capable of supplying chances for the pacy Spaniard.

Together, this blossoming partnership bodes extremely well for Wolves.