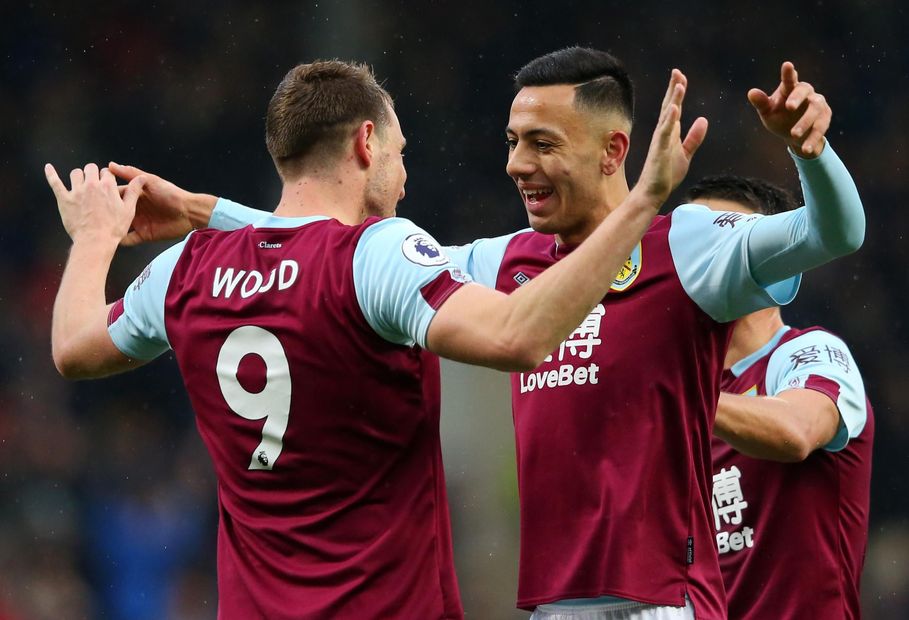 The emergence of Dwight McNeil has added a new dimension to Burnley's open play.

His skilful wing play and regular supply of crosses from the left has been a big positive for strikers Ashley Barnes, Jay Rodriguez and in particular, Chris Wood.

That is a terrific achievement for the 20-year-old.

Burnley’s standout partnership in 2019/20 – aside from their central defensive duo of Ben Mee and James Tarkowski - has been McNeil and Wood.

The wide man has laid on three assists for powerful forward Wood, who is excellent at attacking crosses whipped across the face of goal.

Over the course of the campaign Burnley’s blossoming talent has created nine opportunities for the New Zealand international, who has scored 11 times in 2019/20.

Chris Wood on his journey to the top

That is a season-high combination between two players at Turf Moor.

Although McNeil takes the majority of corners and wide free-kicks, eight of those nine chances have encouragingly been fashioned in general play.

Under manager Sean Dyche, Burnley are perennially strong in the air and this season is no different.

The Clarets have enjoyed 65 headed efforts on goal, a tally surpassed only by Everton and Liverpool.

McNeil’s pace, trickery, potency on the counter-attack and ability to deliver pinpoint crosses have been a real boost for the side.

His natural affinity with Wood - one of the best at heading in the competition - means Burnley are a serious threat to every opponent they face.

Delivering top-class service and with scope for plenty more development, the best could still be to come at Turf Moor.