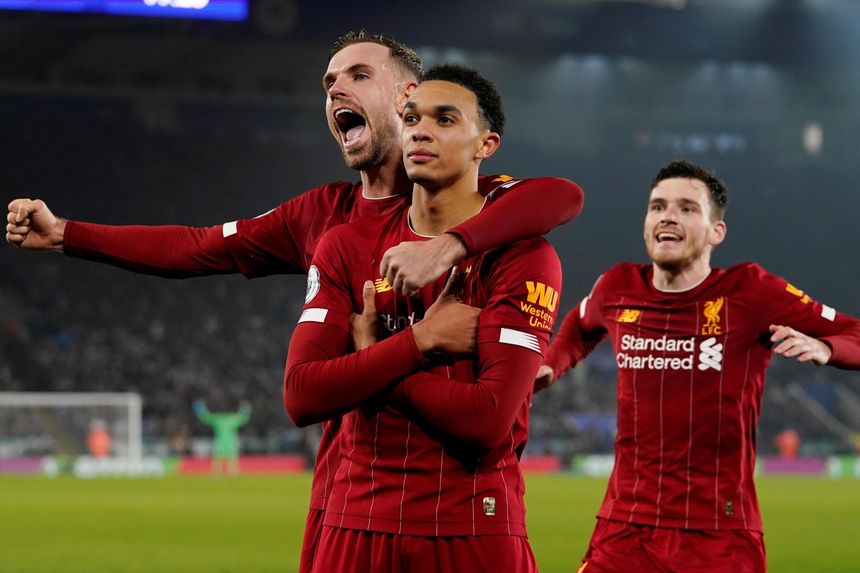 Inside Training: Watch the second day of Liverpool's return to Melwood External Link

Liverpool have become an exceptionally hard team to play against and one of the most important elements of their tactical set-up is the ability to play early passes out to their full-backs.

This ploy allows the Reds to stretch their opponents and such is their quality, the wide defenders will more often than not create or convert a chance.

An excellent supply line from out wide allows wingers Mohamed Salah and Sadio Mane to take up central positions where they are most effective.

When playing on the right of a three-man midfield, Jordan Henderson has forged a terrific understanding with Trent Alexander-Arnold.

The Liverpool captain has helped drive his team to the top of the table this season and his partnership with the 21-year-old defender has been key to that.

They have shared 593 passes in 25 appearances together, an average of 23.72 per match, and they do so in a relentless and clever manner.

One of the main reasons these two England team-mates click so well is their ability to rotate positions.

When Alexander-Arnold is busy displaying his attacking prowess, Henderson is quietly filling in to help shield the defence.

That safety net gives Jurgen Klopp confidence his team will not be exposed on the break.

The last time Henderson started a Premier League match on the right of a midfield three was in a 4-0 win at home to Southampton in February.

Their relationship is not just built around supporting Alexander-Arnold, who himself will help Henderson whenever he decides to contribute in attack.

Together the pair are a formidable right-sided double act, and are often in close proximity when Liverpool have possession.

When it comes to passing from central midfield to the full-backs, Liverpool are way ahead of any other side.

On the left, Georginio Wijnaldum and Andrew Robertson mirror the combination shared by Henderson and Alexander-Arnold.

Most passes central midfield to full-back

Apart from Liverpool, Leicester City and Sheffield United are the most similar in this aspect of their distribution.

But the leaders are in a league of their own in this department and it is one of the many reasons behind their dominance in 2019/10.