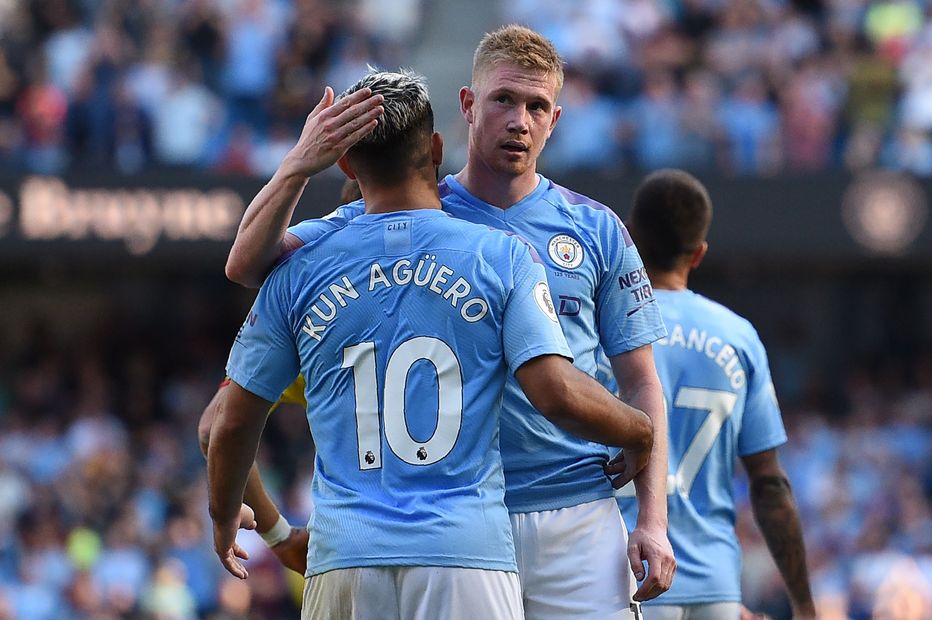 Aguero is a master at making intelligent runs, while De Bruyne has a remarkable ability to pick out his team-mate, with his eye for a pass.

The Belgian is remarkably accurate when delivering whipped crosses from outside the box on the right side, and providing perfectly-weighted passes.

In 109 top-flight appearances together, Aguero has scored 19 goals from De Bruyne assists, six short of the Premier League record of 25 assists Frank Lampard provided to Didier Drogba for Chelsea.

Six of Aguero's strikes from De Bruyne passes have come this season, making them the leading combination in 2019/20.

De Bruyne is not solely preoccupied with seeking out the club's main striker.

Indeed, this term the 28-year-old midfielder has passed to 11 different Man City players more than he has to the leading scorer.

He has created 14 chances for Raheem Sterling and a further 13 for Gabriel Jesus.

Yet when he does slip balls towards Aguero, they tend to be impactful. Nineteen of his 44 passes to Man City's leading scorer have created goalscoring opportunities.

In the first two months of the campaign De Bruyne and Aguero were at their very best.

The Argentina international netted from the first three key passes he received from De Bruyne, and also struck the post twice from the Belgian's passes.

Rival teams know what to expect when facing De Bruyne and Aguero, but preventing the problem is far from easy.

They may not be a traditional strike pairing, but their relationship is nonetheless likely to be remembered as one of the Premier League's very finest.