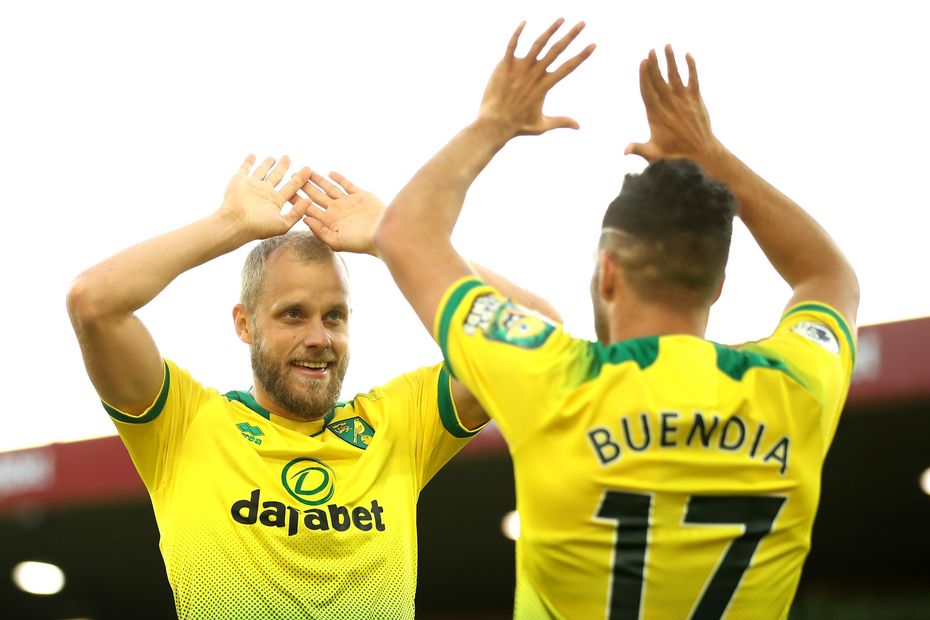 In Focus: Teemu Pukki External Link
Dynamic duos: Zaha and McArthur a threat on the left
Coronavirus: Clubs support in the community

It is a testament to Norwich City’s style of play that despite being bottom of the table they boast one of the most productive attacking partnerships in the country.

Over the course of 2019/20 playmaker Emiliano Buendia has linked up beautifully with leading scorer Teemu Pukki.

Buendia has created 23 chances for his Finnish team-mate.

Impressively, no other Premier League pair can better that tally.

And despite taking a lot of Norwich’s set-pieces, 22 of those opportunities have stemmed from open play.

That is four higher than the next closest duo, with Manchester City's Kevin De Bruyne setting up 18 chances from open play for Sergio Aguero.

One of the greatest strengths of Pukki, who has scored 11 goals in his debut Premier League campaign, is the intelligence of his movement.

Adept at making sharp blindside runs, the 30-year-old is one of the best around at latching on to through balls.

It is the reason why the 23-year-old Argentinian is ranked third for most open-play key passes in the Premier League, with his 50 trailing only De Bruyne's 72 and Jack Grealish's 57.

There has been a clear pattern to Buendia's assists for Pukki, too.

Buendia has seven assists in total this term and three of the four he has set up for Pukki were made by precise passes slipped in behind the opposition's defence.

It should be noted that his quartet of classy assists for Pukki featured in matches against Liverpool, Man City, Leicester City and Chelsea, the current top four.

There is no doubt that when Buendia has the ball at his feet and looks up to pick out a Pukki run, they are a combination strong enough to hurt any level of opposition.

Between them they have created five goals for one another this term.

When these three players combine high up the pitch, the Canaries are a wonderful side to watch.