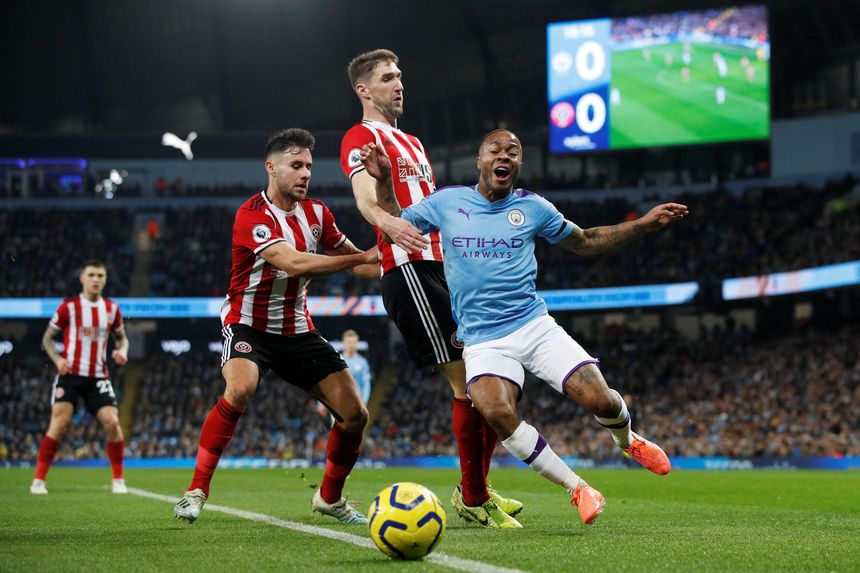 Wilder discusses effective system External Link
Dixon: Wilder is a contender for Manager of the Year
Season trends: Ryan the No 1 to embrace goal-kick revolution

Premier League managers are always looking at new ways to get the better of their opponents and this season they have mixed and matched in their attempts to do so.

Across the competition, clubs have used 18 different formations from the start of matches this season.

And interestingly, the most widely-used formation has changed from the previous campaign.

The 4-2-3-1 is the primary system used by Arsenal, Manchester United, Tottenham Hotspur, Norwich City and Watford.

A number of managers who did not feature in 2018/19 have contributed to a resurgence of three-man defences.

Chris Wilder has sent out his Sheffield United team in a 3-5-2 formation in every match this season. He is only of only two managers, along with Nuno Espirito Santo, to start with three at the back all through the campaign.

Brighton & Hove Albion’s Graham Potter has also shown a liking for a 3-4-3, while Steve Bruce has been happy to continue with the 5-4-1 he inherited from Rafa Benitez at Newcastle United.

Meanwhile, Frank Lampard, Carlo Ancelotti and Dean Smith have all experimented with that type of shape and picked up some excellent results in the process.

These factors have helped to increase the use of three central defenders to 26.2 per cent compared with 21.3 per cent in the previous campaign.

Liverpool, Manchester City and Chelsea all still favour 4-3-3 but its usage across the rest of the competition has tailed off.

Last term several managers adopted that system, using it 63 times in total. But just 13 of 576 starting formations have lined up that way this season.

Using a second centre-forward in preference to an attacking midfielder, many sides have turned this 4-4-1-1 into a 4-4-2.

Climb in two up top

The option of starting with two strikers has enjoyed a steady resurgence in recent years.

Thanks to Sheff Utd, Burnley, AFC Bournemouth, Southampton, Brighton and Everton, 30.6 per cent of starting formations have included two up top.

That represents a small rise from 28.9 per cent last term.

Only four Premier League teams have chosen not to start at least one contest with twin strikers.

They are Chelsea, Norwich, Liverpool and Man City.

It is encouraging to see the tactical landscape of England's top flight is as varied as ever.