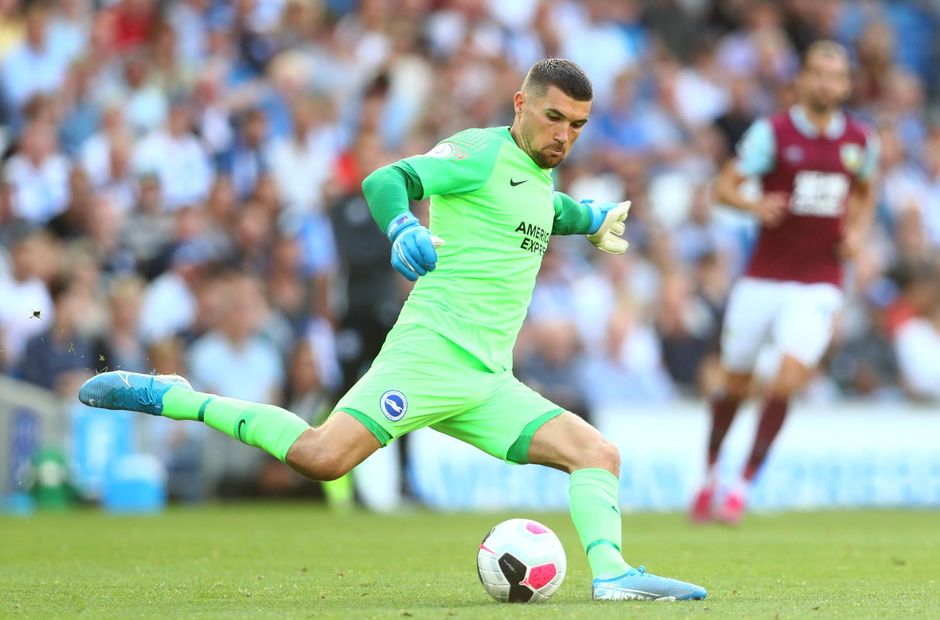 Some have chosen to make it their first-choice strategy to restart play.

Others like to use short goal-kicks regularly but encourage their goalkeepers to mix things up.

The team who have embraced the new tactic the most are Brighton & Hove Albion.

Their No 1, Mat Ryan, has taken the most goal-kicks ending inside his own penalty box.

A total of 107 of his 200 goal-kicks have been played in this manner, but Graham Potter will be disappointed that none have led to an Albion goal.

The Seagulls' confidence in playing short, however, is testament to their desire to pass through the thirds even when opponents press high.

Interestingly, when Ryan does not go short he almost exclusively plays longer passes to the left flank, where 6ft 7in Dan Burn provides an alternative out ball.

First-choice goalkeepers at seven of the top nine teams in the Premier League have been comfortably playing short goal-kicks.

Ederson opts to take advantage of the new law with a higher share of his goal-kicks than any other player in the division.

And because of his incredible passing range he can massively benefit Manchester City.

When opponents press high he often fakes a short goal-kick and goes long instead. This decoy takes advantage of space left for his team-mates, who can move into gaps higher up the pitch.

Who goes short the most?

*Goal-kick ending in goalkeeper's own area

By contrast, the new law has been largely ignored by other Premier League managers.

Eight teams go long with their goal-kicks at least 90 per cent of the time, including top-half teams Sheffield United and Wolverhampton Wanderers.

Both play excellent passing football but, from restarts, have opted not to gamble by playing too many shorter passes.

Who goes short the least?

*Goal-kick ending in goalkeeper's own area

Six of the division's goalkeepers have actually played fewer than 10 goal-kick passes inside their own box.

Dean Henderson and Nick Pope have attempted only two apiece.

Interestingly, five of the six goalkeepers in the table above play for British managers.

This pattern is perhaps an indication that these coaches are a little more reticent in switching away from traditional long goal-kicks.