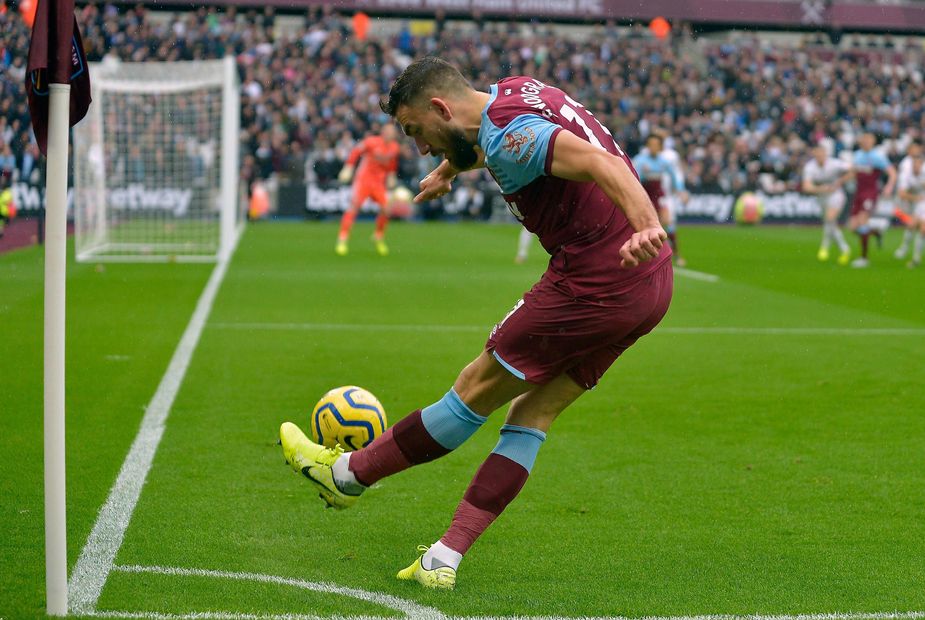 Watch best Snodgrass moments in his time at West Ham

The Scot has delivered more direct goal involvements than any West Ham United player this season.

His record of five goals and five assists is even more impressive as he has started only 17 of 29 Premier League matches.

Snodgrass may not be a permanent starter, but his input when selected has been crucial.

The quality he boasts with his left foot is vastly underrated and he consistently provides pinpoint deliveries from corners and wide free-kicks.

Indeed, he is one of the most dangerous players from set-pieces in the Premier League.

The Hammers have struggled to be inventive this season and rank 15th when it comes to chances created from open play.

That limitation places pressure on ensuring accurate set-piece deliveries, and Snodgrass is by far their best exponent.

The Scot has set up four goals and 21 chances from dead-ball situations.

His input has helped David Moyes’ men produce 46 opportunities from corners and free-kicks, the fourth-most in the competition.

Snodgrass also provides his manager with tactical flexibility as he is equally comfortable in central midfield or on the right wing.

In a 4-3-3 he can be an ideal box-to-box player while the 4-2-3-1 formation highlights his reliability and work ethic as a wide man.

The 32-year-old is also the most ambitious of Moyes’ midfield options.

Snodgrass regularly makes positive forwards runs, as shown when he scored from 1v1s against Sheffield United and Crystal Palace.

He has also showcased his outstanding technique with three sumptuous left-foot volleys.

The experienced midfielder is not especially quick and does not match the flair of team-mates Felipe Anderson, Manuel Lanzini and Pablo Fornals.

He is, however, the most efficient of that group when it comes to making chances inside the penalty area.

With more key passes than any team-mate he is the most creative Hammers player by quite some distance.

Snodgrass has proved to be a player Moyes can rely on.