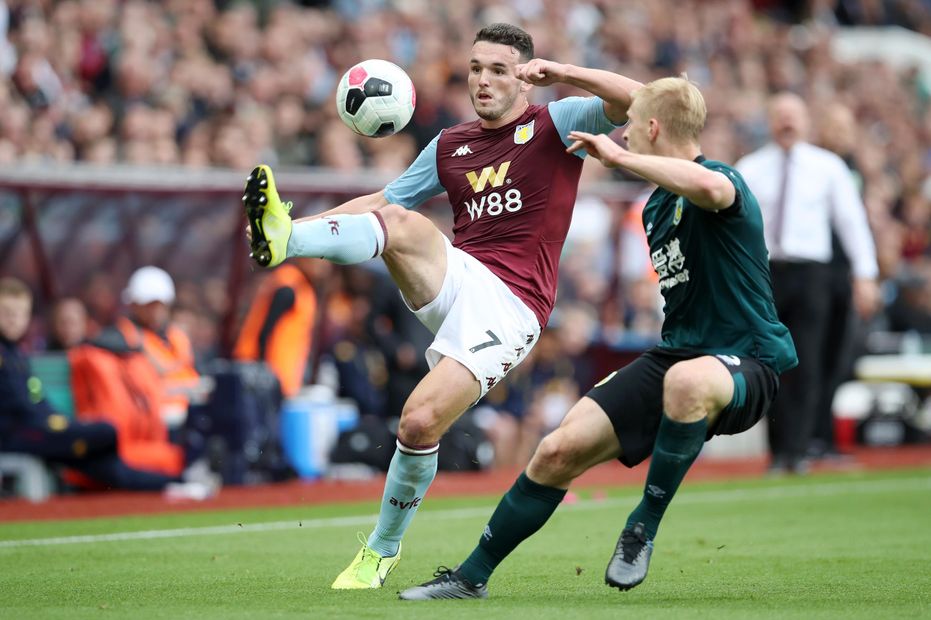 Energy, determination and quality. In just four months of his debut season McGinn has shown attributes that make him worthy of his Premier League status.

The Scot was hugely influential early on in the campaign, scoring three times for Aston Villa before fracturing his ankle against Southampton in December.

Such was his influence as a box-to-box midfielder, McGinn's injury prompted a tactical rethink from Dean Smith.

Without McGinn the head coach immediately moved away from his preferred 4-3-3 formation.

McGinn's importance to Aston Villa is profound because he is an all-rounder who contributes in multiple ways.

The 25-year-old is left-footed but plays on the right of a midfield three. He is not identifiable as a specific type of midfielder.

He works hard, tackles, creates, runs with the ball and provides a goal threat.

In many ways the man signed from Hibernian in 2018 is a throwback to the days when central midfielders were expected to blend all of those qualities together.

He is a dominant force both on and off the ball.

McGinn in the Premier League

McGinn also lifts his team-mates when he plays.

Although not an extraordinary athlete, he covers an impressive 10.8km per 90 minutes, and the runs he makes are often telling.

Defensively he scampers around the field to break up play with enthusiasm.

And when Villa are on the front foot he pushes himself to break into the opposition box. This trait undoubtedly provides an added dimension to the team.

A good finisher who occupies defenders when balls are played into the area, it is no surprise Villa score more goals with McGinn in the team.

Since pushing captain Jack Grealish into a more advanced role, head coach Smith has struggled to settle on his best central-midfield combination.

Conor Hourihane along with new signings Douglas Luiz, Marvelous Nakamba and Danny Drinkwater have all had opportunities, but none have managed to nail down a regular berth.

Since McGinn's injury the midfield has been Villa's weakest department.

But when he is ready to resume first-team action he will be one of the first names on the teamsheet.