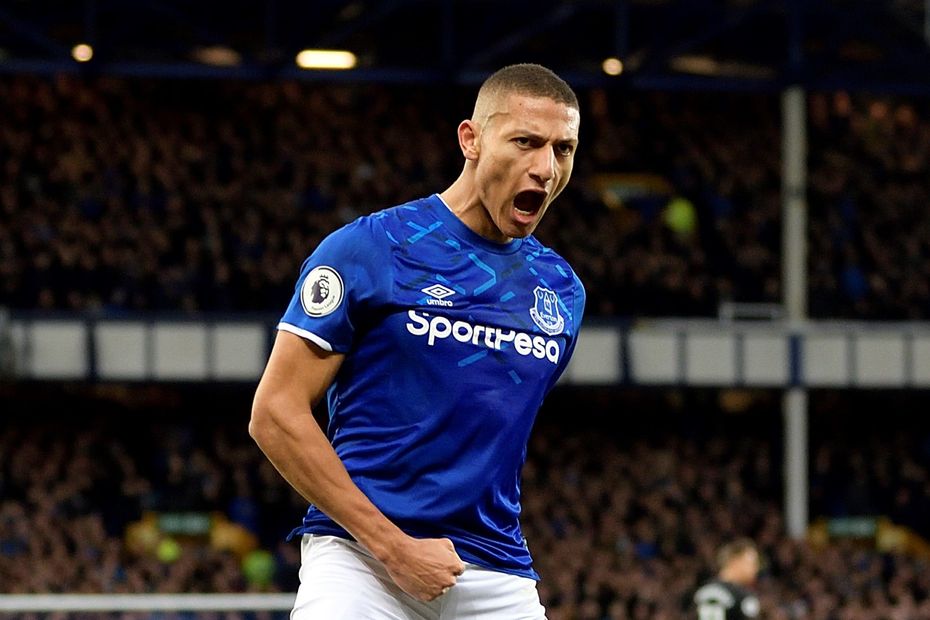 Everton manager Carlo Ancelotti has clearly liked what he has seen in Brazilian star Richarlison.

Barring a late substitution in his first match in charge, the Italian has used the 22-year-old for the full 90 minutes in all eight of the other matches he has been fit to start.

In that time he has delivered four goals, one assist and a string of influential displays.

Like Sadio Mane, Pierre-Emerick Aubameyang and Anthony Martial, the lively Richarlison is a very modern forward.

Blessed with pace, skill and versatility, he can be used out wide or as a central striker, depending on the team's tactics.

Target man Dominic Calvert-Lewin has scored four headed goals since the start of the season, a tally bettered only by Burnley's Chris Wood.

Meanwhile his strike partner Richarlison has put away three chances with his head.

Terrific at reading the flight of a cross and timing his runs, the former Watford man has had more headed attempts than any other Premier League player.

Keen not to be isolated 2v2 inside the box, the Toffees' foes have to get their full-backs to play more centrally than normal, or get a central midfielder to drop in and help out.

But when play develops quickly, centre-backs are forced to deal with Richarlison and Calvert-Lewin man-to-man, and that is a real challenge.

Right-back Sidibe has assisted three of Richarlison's goals with crosses, while Digne has set up two and Bernard has also laid one on in a similar manner.

While Richarlison boasts great aerial prowess, he is just as threatening with the ball at his feet.

Ancelotti has inherited a high-class forward who can be effective in various shapes and game plans.

He is dangerous out wide, when making runs in behind centre-backs and when he drops into pockets of space between the lines.

While Richarlison likes to mix up his play, he is receiving more passes in those half-spaces under Ancelotti, who wants his side to keep the ball down and pass through the thirds.

From those positions, the Brazilian can turn and run with the ball. He has attempted 44 more dribbles than anyone else in the squad this season.

Richarlison is also a team player who does his bit out of possession.

He has won the second-highest number of tackles this season, with 38, five behind Sidibe.

That natural aggression can have a galvanising effect on his team-mates.

Richarlison really is Everton's main man and when football returns he is sure to be central to Ancelotti's long-term plans.