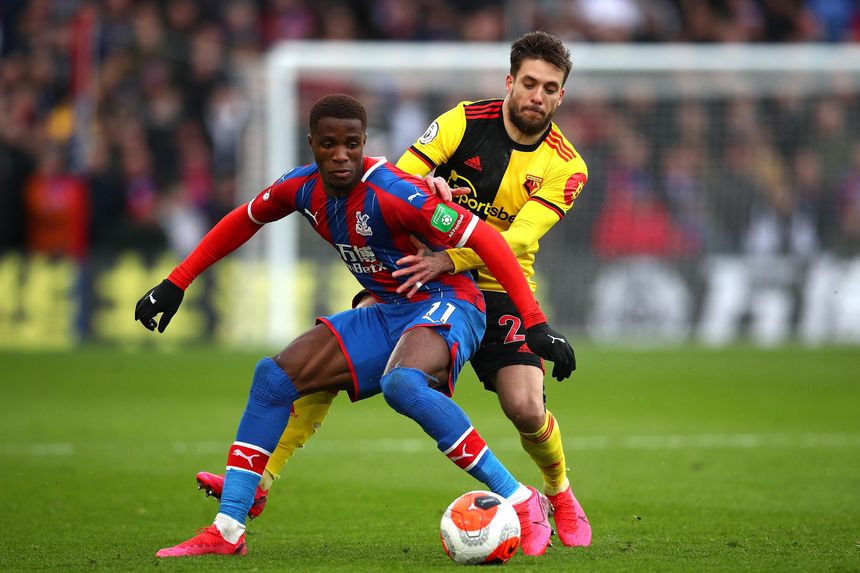 A decade after his debut, Palace Academy graduate's former team-mate reveals how squad prepared him for rigours of Premier League

When Wilfried Zaha began to make his mark at Crystal Palace, his more experienced team-mates knew the kind of treatment he would get from defenders. And they felt it was their duty to prepare him for it.

Among his colleagues at the time was Yannick Bolasie, who joined the Eagles in August 2012 and remains close friends with Zaha despite leaving four years ago.

In a week which marks a decade since Zaha's Palace debut on 27 March 2010, Bolasie recalls how the Palace squad helped to develop Zaha's resilience.

“Damo [Damien Delaney] and different senior players used to go around kicking him in training, on purpose, just because we knew on a matchday that’s what people would do," Bolasie told the club's official website.

"He used to react a lot in training but then you could see him growing - getting kicked and getting back up.

“It was a great honour to play with him. And you can see what he’s doing now - it’s unbelievable stuff.”

Zaha's current boss Roy Hodgson has had an illustrious 44-year career in management, including spells in charge of Liverpool and the England national team.

But he said: “I haven’t worked with that many players who I could say are more talented than Wilf.

"If you’re talking about his level of skill, his keenness to play football, he’s right up there with the very best.

“Wilf keeps it quiet, but I often hear from [player liaison officer] Danny Young little things that he’s done with regards to people around the club - helping them out in various ways financially.

“It’s nice to see someone who has given so much of his football talent to Crystal Palace Football Club and I think he should be honoured.”

See: Bolasie on Zaha being 'next Cristiano Ronaldo'