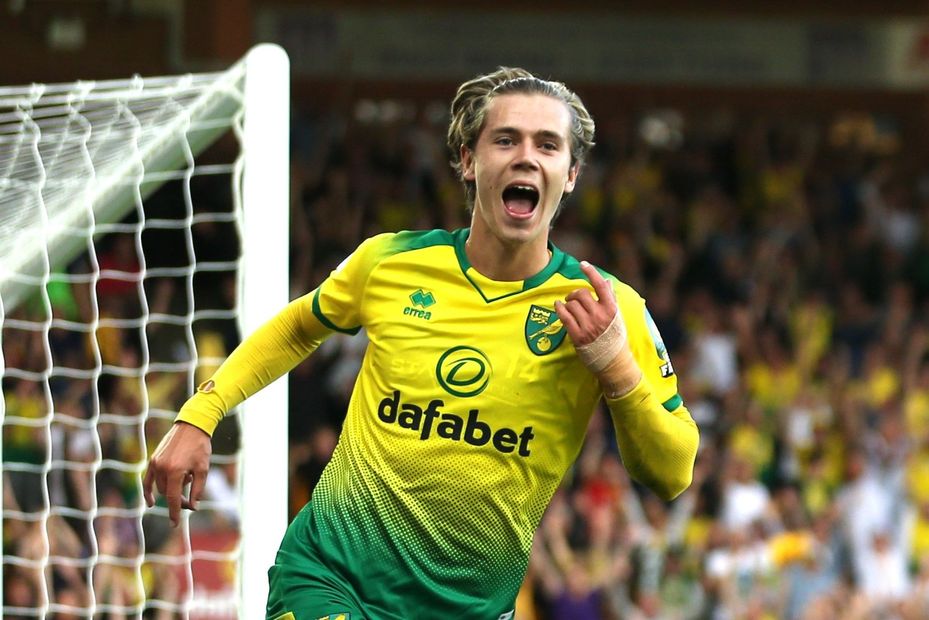 Cantwell: Playing in PL for Norwich is extra special

Tim Krul speaks on life without football External Link
Cantwell: They call me the Dereham Deco!

At just 22 years of age Cantwell is a player of vital tactical importance to Norwich City.

He offers qualities that are otherwise in short supply at Carrow Road.

The midfielder has great movement, is willing to make forward runs into the box and is ice-cool in front of goal.

Top scorer Teemu Pukki grabbed the spotlight early on in the season after scoring six goals in Norwich’s first five matches, but it is Cantwell who is statistically the club’s most clinical finisher.

Hitting the target with 16 of his 24 efforts this term, the Academy graduate has gained a reputation for staying calm at key moments.

For a team fighting for safety at the bottom of the table, where every strike counts, Cantwell’s poise in front of goal is invaluable for Daniel Farke's side.

Cantwell’s intelligence on the pitch has been evident throughout his debut Premier League campaign.

Usually starting on the left but capable of operating on either wing, the youngster habitually picks the right moments to drift infield.

He can be difficult to track when he pops up in unexpected areas and is always asking questions of his opponents.

All six of his Premier League goals have come from moments where he ghosted into the box unmarked.

He is excellent at making support runs for Pukki or simply making up the numbers inside the area.

His understanding of when to make his move is unrivalled among his team-mates.

As an attacking midfielder it will be a source of frustration for Cantwell that he has not provided an assist since laying on two goals at home against Newcastle United in August.

He creates 1.34 chances per 90 minutes, which is a respectable figure, but one that still puts him way behind Emiliano Buendia's 3.26 and the 2.32 of January signing Ondrej Duda.

That side of his game will improve but, for now, his importance lies in his unique style of play.

His roaming runs are tailor-made for Farke’s approach and his calmness in the final third, especially when facing the top teams, marks him out as a special prospect.

None of his six goals have been scored against teams currently lying inside the bottom eight spots. He raises his game against the toughest opponents.

Cantwell's performances will be crucial in determining whether Norwich achieve safety.