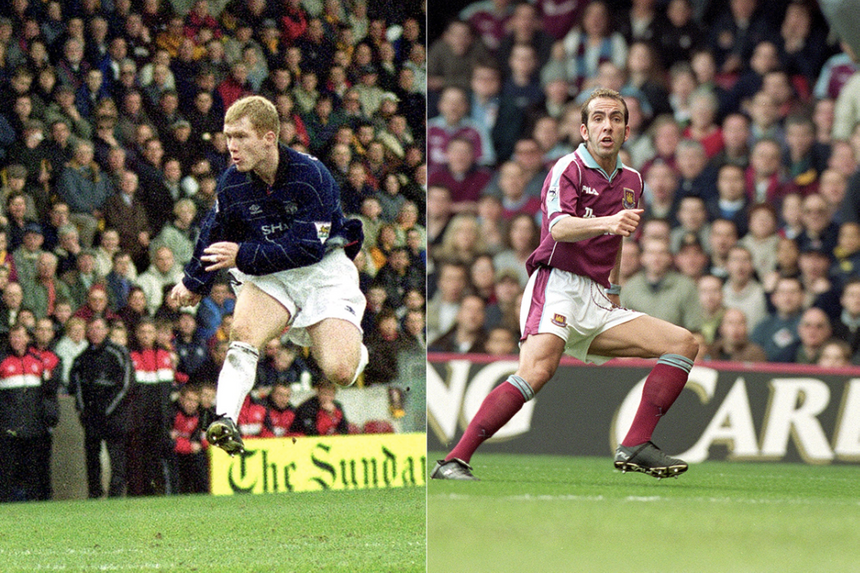 Their goals v Bradford and Wimbledon were scored just a day apart in 2000, and you can watch them and pick your favourite

Poll: Which is the best goal scored by a Czech player?
Watch the cheekiest goals in Premier League history
How does Lingard strike compare to great solo goals?

Twenty years ago this week, two of the Premier League's greatest-ever volleys were scored by Paul Scholes and Paolo Di Canio, and you can have your say on which one was better.

Famed for his knack of netting long-range screamers, Manchester United midfielder Scholes continued that trend against Bradford City on 25 March 2000.

From a David Beckham corner, Scholes hit a thunderous first-time strike into the bottom-right of Bradford's net as Man Utd won 4-0.

The following day, Di Canio opened the scoring in a 2-1 win for West Ham United against Wimbledon with a spectacular scissor kick from Trevor Sinclair's sublime crossfield pass.

Have a watch of both these stunning goals and cast your decision below.