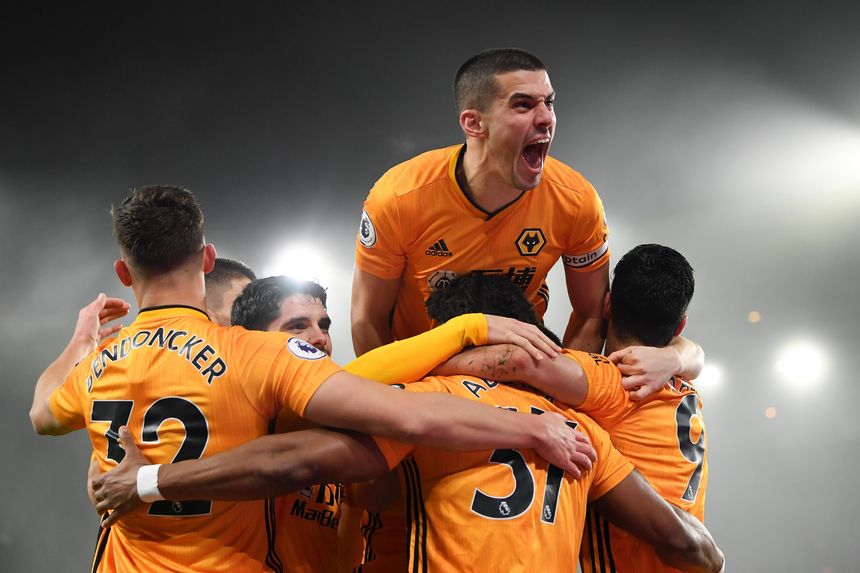 Coady on pulling together as a nation External Link
Health advice to fans about coronavirus
FPL Value picks: Adama Traore

The role of the Wolverhampton Wanderers captain is one of the most distinctive in the competition.

Coady plays in a critical position as a "sweeper" between two central defenders in Nuno Espirito Santo’s approach.

Without the 27-year-old's fabulous range of passing Wolves would not be able to function as impressively in possession as they do.

Key to their well-drilled approach is making the pitch feel as wide as possible for opponents.

To do this their wing-backs occupy positions on the touchline as a matter of course.

When playing out from the back the aim is to release those wing-backs as early as possible in order to launch attacks.

Coady has hit more accurate long passes than any other defender in the Premier League this season.

Turning defence into attack with a single long distance pass is his forte and this helps Wolves initiate attacks superbly.

The Englishman is happy to send the ball in any direction but his stock pass is a long diagonal to the right-hand side.

He has picked out left wing-backs Jonny and Ruben Vinagre on a combined 71 occasions across 2019/20.

But Adama Traore on the other wing has received 72 passes alone from Coady.

Right wing-back Matt Doherty is an even more frequent target, collecting 111 passes from his central defender.

Coady, a product of Liverpool's Academy, is impressively precise with his passing.

To produce 61.5 per cent accuracy from 330 attempted balls is outstanding.

If he wasn't so successful a stream of Wolves attacks would be curtailed at source.

Fewest fouls per 90 this season

Coady is also very sensible in terms of his physical approach.

Excellent at reading danger, the midfielder-turned-defender is clean in the tackle and terrific at breaking up the play.

No Wolves player makes fewer fouls per match than Coady, who ranks sixth on the list for least fouls conceded per 90 minutes by top-flight central defenders.

This knack of sweeping up danger is a real asset for a team whose goalkeeper, Rui Patricio, is not especially comfortable coming out of his box, making just two "sweeper keeper" clearances all season.

Leading by example with his decision-making, communication and organisation skills, the skipper really is an integral part of the Wolves success story.