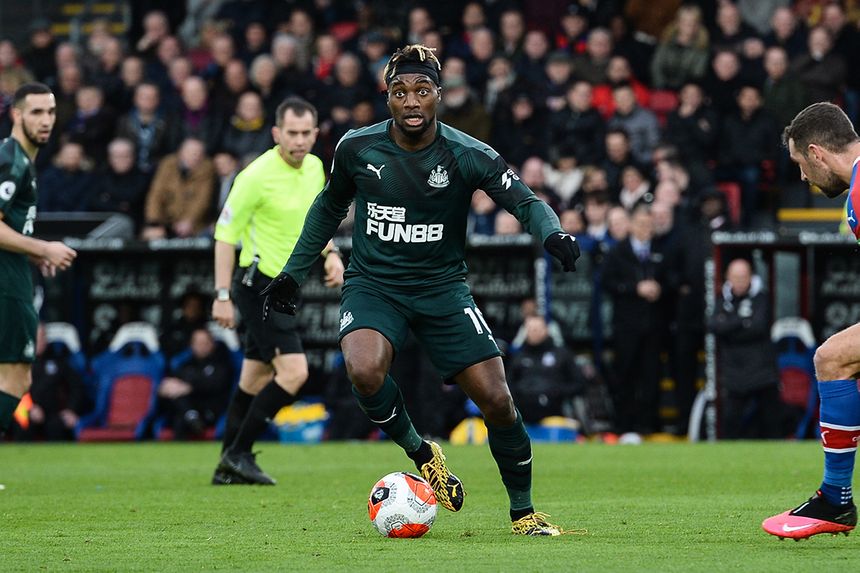 The 23-year-old has only made 15 starts for the Magpies in an injury-disrupted debut campaign in the Premier League but his impact has been telling.

Newcastle have won more than half of those fixtures but have only one win from the 14 matches the Frenchman has missed from the outset.

He has only scored twice and made just one assist so far, but his presence makes the Magpies significantly harder for opponents.

Without Saint-Maximin's willingness to run at defenders, Newcastle do not pose enough of a counter-attacking threat.

Miguel Almiron is sharp but lacks power and no one else aside from Christian Atsu likes to take their markers on with such frequency.

Even then, Atsu attempts less than half the number of take-ons as Saint-Maximin.

Concerned by the direct style of Saint-Maximin and his ability to travel with the ball at pace, many opponents choose to air on the side of caution.

They will leave an extra man behind the ball just in case the Magpies break and this eases the pressure on Newcastle when they are defending.

Southampton's Sofiane Boufal, with 11.5, is the only Premier League player to attempt more dribbles per 90 minutes than Saint-Maximin's 9.77.

Excellent on turnovers, his playing style makes him tactically important for the way Bruce likes to play.

One of the main reasons Newcastle fare so much better with Saint-Maximin is the way opposing defenders are drawn towards him.

Players will often "double up" against him, leaving space for his team-mates to exploit, something Newcastle have profited well from in recent months.

Without the qualities he brings they are far easier to contain. and the statistics prove it.