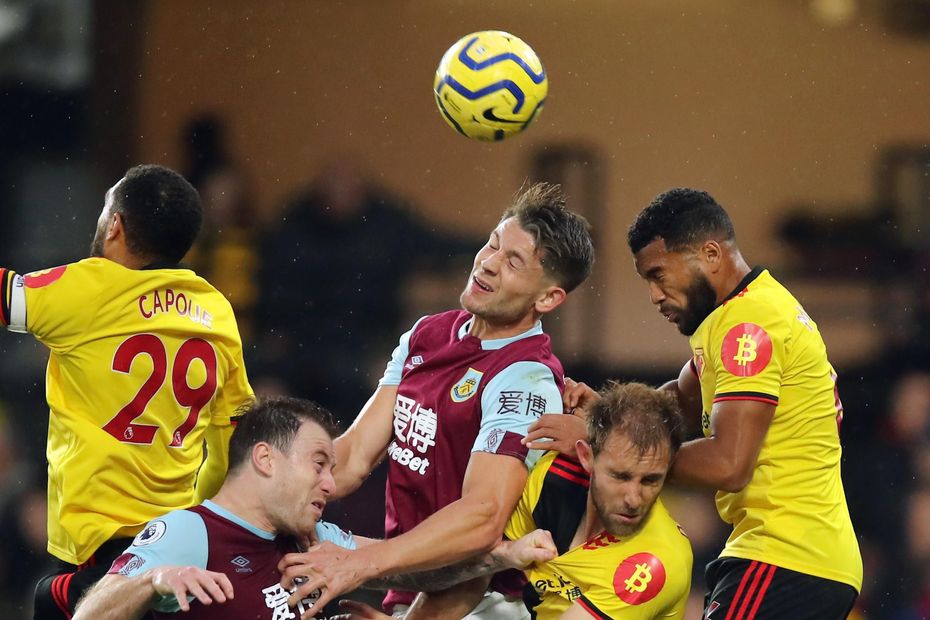 Both players have excelled in 2019/20 but it is the younger member of this duo who just shades it for his positive influence at Turf Moor this term.

Burnley have made 624 fewer passes than any other team this season so it is essential Sean Dyche has individuals who are capable of absorbing pressure.

Tarkowski, playing alongside the 30-year-old Mee, is brilliant in this regard.

Positionally astute, decisive, brave and dominant in the air, he is one of the most commanding defenders in the top flight.

Without his authoritative presence, many more cracks would likely appear.

Staying narrow in a 4-4-2, Burnley like forcing opponents to put crosses or long passes into their box from wide areas.

One of the best at clearing danger, Tarkowski is tailor-made to repel deliveries sent towards his domain.

The way Burnley are set up under Dyche ensures the 27-year-old is not exposed for pace or mobility as often as he might be playing for a more expansive outfit.

The Clarets manager is rightly proud of the 11 clean sheets Burnley have kept so far this season.

Leaders Liverpool, with 12, are the only side to have achieved more shutouts and for a side with the second-lowest amount of possession, that is a remarkable feat of discipline.

The entire XI is well drilled without the ball but they still rely on the robustness of Tarkwoski and Mee to protect their box.

When you consider 11 teams have faced more shots on target this term, including Tottenham Hotspur and Arsenal, it is hard to ignore how well Burnley shield goalkeeper Nick Pope.

The importance of keeping it tight

While there has been plenty to admire from winger Dwight McNeil and striker Chris Wood this season, Burnley's goals scored column remains modest.

Dyche's men have scored one goal or less in 19 of 29 contests, and managed only 34 overall.

This places a lot of pressure on the defence, who have risen to that challenge by conceding one goal or less in 17 encounters, a feat bettered by just two clubs outside the top seven, Newcastle United and Crystal Palace.

Minimising mistakes at the back has put Burnley in a comfortable mid-table position.

While it is perhaps unfair to single out Tarkowski ahead of Mee, there is no question the younger of the two has become absolutely invaluable to Dyche.

Without a central defender with his specific traits, Burnley would find it difficult to succeed playing in their compact and unfussy style.