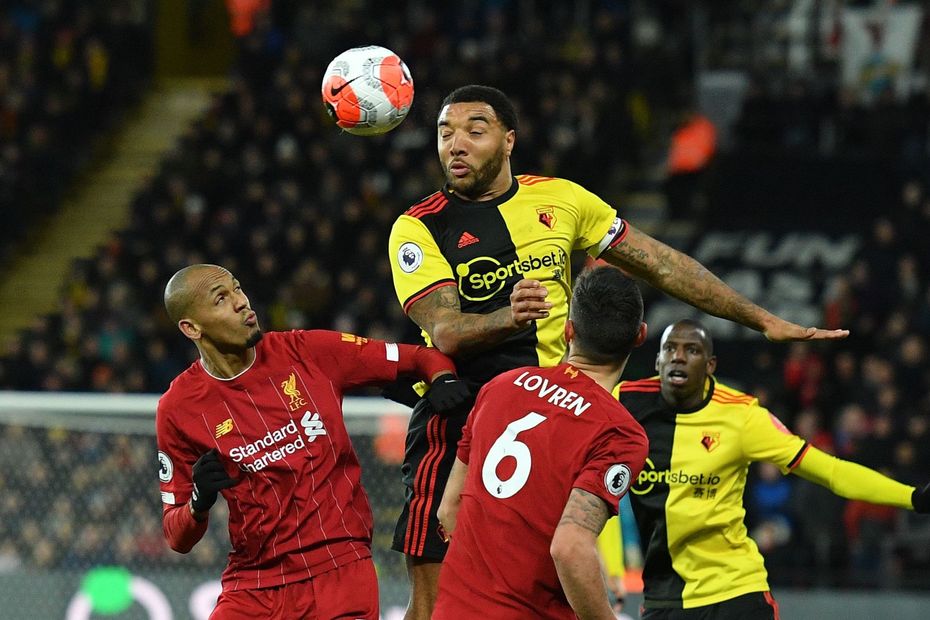 His return from injury at the end of November, coupled with Nigel Pearson's appointment as head coach soon after, transformed the Hornets' form.

Deeney has started 17 matches this term, including 15 from the start of December, and Watford have collected an average of 1.29 points from those matches.

When he has been absent, they have won only 0.58 points per fixture.

Over the course of the campaign so far, that lowly average would leave Watford bottom with 17 points.

The Hornets are capable of passing out from the back and playing through the thirds. But Deeney's physical presence gives them a different dimension, with the option of going more direct.

It means the defenders can take fewer risks in their own half, safe in the knowledge that they have an outlet to hit.

The combative 31-year-old enjoys battling with centre-backs, winning 8.25 aerial duels per 90 minutes, one of the highest figures in the division.

At Watford, the next-best player in the air is full-back Adam Masina with an average of 3.61, followed by fellow frontman Danny Welbeck with 3.57.

Deeney's natural strength when fighting off his markers enables Watford to relieve pressure and gain much-needed territory in the blink of an eye.

And, with his ability to hold up or flick on long balls, Deeney can turn a long ball into a goalscoring opportunity.

He can bring the more gifted players, such as Gerard Deulofeu, Abdoulaye Doucoure and Ismaila Sarr, into the game. Tactically, Deeney is a huge asset to Pearson.

Watford with and without Deeney starting

Deeney also offers goals. He has missed 11 matches this season but is still Watford's top scorer with six goals, two of which have come from the penalty spot.

His accuracy is outstanding inside the penalty area, with 17 of his 22 shots this season hitting the target.

His 27.8 per cent chance-conversion rate is second only to the 30 per cent of Roberto Pereyra, who has three goals to his name.

Watford also benefit from the chaos Deeney causes inside the danger zone.

He is always a threat at set-pieces and his knockdowns create plenty of goalscoring opportunities.

Deeney is adept at holding off defenders to set up team-mates for a strike in and around the box.

Last season he created more chances than any other Watford player, with 43, and this season he has provided 20 key passes despite his lengthy autumn absence.

He is not blessed with great pace but Deeney is nonetheless an effective pivot from which the speedier Sarr and Deulofeu can make runs beyond.

The make-up of Watford's attack looks well-balanced when the captain is leading the line.