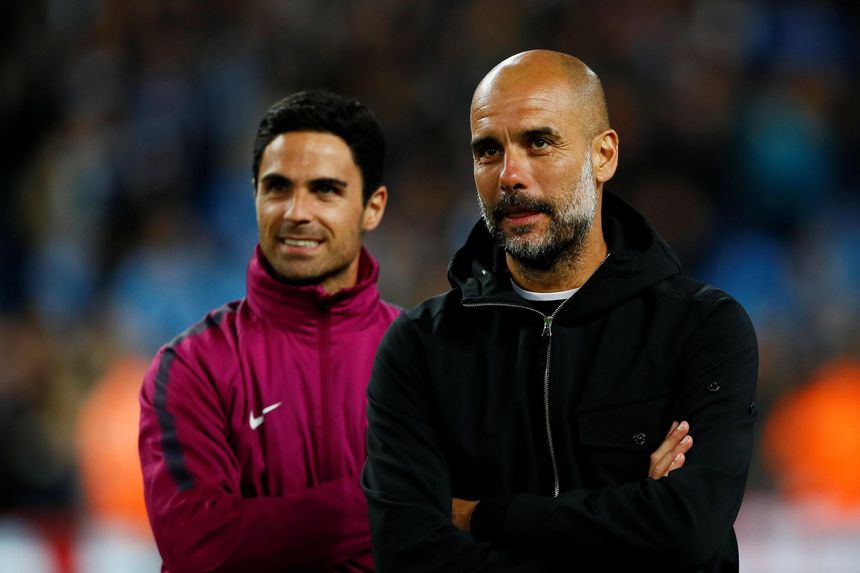 Mikel Arteta goes head-to-head with his former boss Pep Guardiola, having spent three-and-a-half years as the assistant coach at Manchester City before taking charge at Arsenal.

Pep Guardiola has not reported injury concerns ahead of the meeting with Arsenal.

The Gunners also have a clean bill of health for the trip to Etihad Stadium.

Manchester City have won their last six matches against Arsenal in all competitions, their best ever winning run against the Gunners.

Arsenal are unbeaten in their last seven away Premier League matches (W1 D6), with each of their last five ending level. The Gunners have never drawn six consecutive away league matches.

Sergio Aguero has scored 10 goals in his last 12 appearances against Arsenal in all competitions, netting a hat-trick in a 3-1 win in this fixture last season.

Pierre-Emerick Aubameyang has scored 49 goals in 75 PL appearances. If he scores in this match he will be the sixth fastest player to reach 50, with only Andrew Cole (65), Alan Shearer (66), Ruud van Nistelrooy (68), Fernando Torres and Mohamed Salah (both 72) having done so in fewer matches.