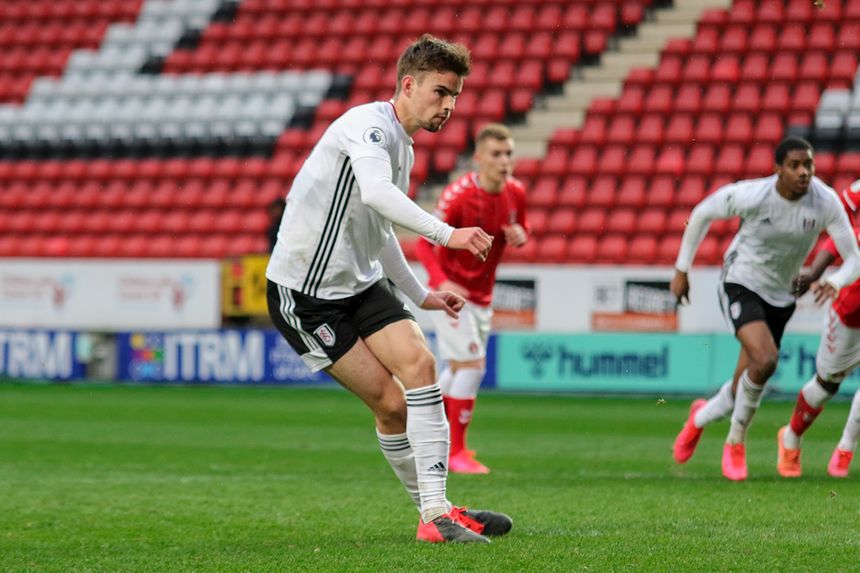 Matt O'Riley scores 116th-minute penalty as Cottagers edge past Charlton in round of 16, while Wigan reach knockout stage

Fulham moved into the quarter-finals of the Premier League Cup after a dramatic 2-1 extra-time win at Charlton Athletic.

Josh Davison gave the Addicks a 28th-minute lead at The Valley, but Martell Taylor-Crossdale equalised in the 89th minute to force the extra half-hour.

Matt O'Riley, pictured, then converted a 116th-minute penalty to take Fulham through.

Wigan Athletic moved through to the round of 16 by beating Sunderland 2-0 with two second-half goals.

Charlie Jolley put them ahead with a 55th-minute penalty and Divin Baningime secured the victory nine minutes later.

Wolverhampton Wanderers' visit to Blackburn Rovers and Exeter City's meeting with Newcastle United, both scheduled for Monday evening, were postponed because of the weather.