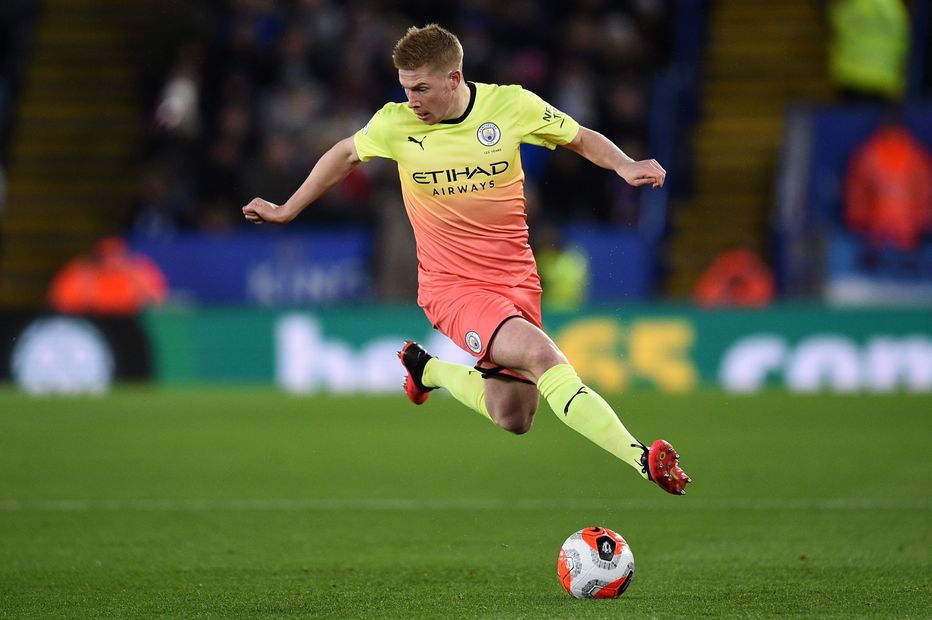 Man City playmaker has suffered heavy sales but his potential for huge hauls makes him worth a starting place in Double Gameweek 29, says The Scout

Managers in Fantasy Premier League who have moved out Kevin De Bruyne (£10.7m) could regret their decision.

The playmaker has been sold by more than 120,000 owners after missing Manchester City's midweek FA Cup win over Sheffield Wednesday with a shoulder injury.

Over 84,000 of those transfers out have come in the last 24 hours, despite the prospect of a Double Gameweek 29 for the Belgian.

Man City are among the two sides to play twice in Gameweek 29, visiting Manchester United this weekend before entertaining Arsenal.

The Spaniard has reported that De Bruyne is improving ahead of Sunday's clash at Old Trafford.

Past success against Arsenal

"He is getting better," Guardiola told the club's official website. "Today we didn't train and tomorrow he will improve.

His season-high haul came against Arsenal in Gameweek 17.

He scored twice and also supplied an assist in the 3-0 away win, tallying 19 points.

De Bruyne's prospects in FPL appear to have been boosted further after he was handed penalty duties, scoring from the spot in a 2-1 UEFA Champions League win over Real Madrid.

The doubts over his pitch time may persuade his owners to pick another captain.

But those still holding De Bruyne should have him in their starting XI, given his ability to produce devastating points hauls.

Even if he plays in just one of his two fixtures, the Belgian could still be a huge success.