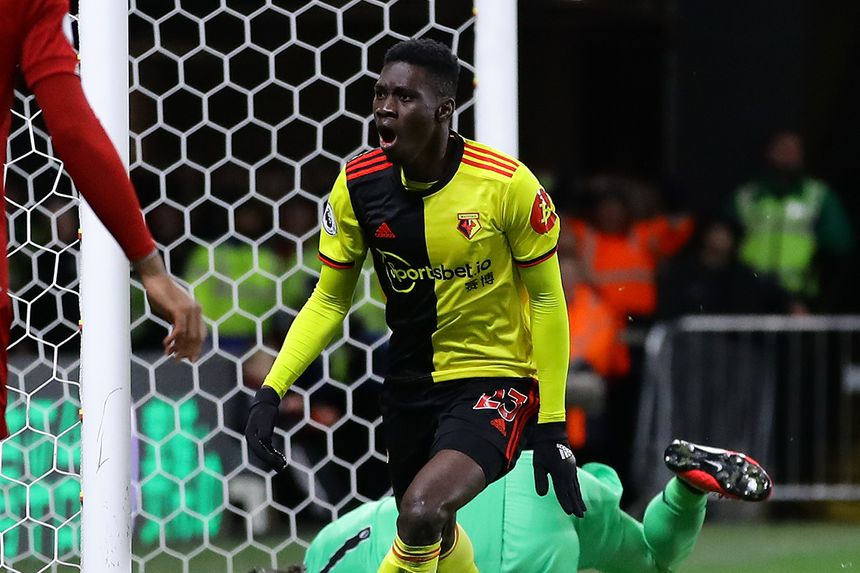 Every Fantasy Premier League Draft season has points where the things you thought you knew based on what you'd observed start to change.

It is hard to deny that Liverpool, Leicester City, Spurs and Chelsea are all off their peak form, while Everton and Arsenal are coming into theirs.

The case can be made that Watford are going to be the next side to see a big boost in form thanks to the return of Ismaila Sarr.

The Hornets are a mid-table side with the Senegalese starting and struggle without him. He's back and healthy and announced his intentions in the momentous win over Liverpool.

With this as the backdrop, here are my waiver wire priorities ahead of Premier League Match Week 29:

Southampton had a disappointing weekend last time out but with goal-shy Newcastle United arriving at St Mary's Stadium, McCarthy is a good bet for a clean sheet. He's certainly as good a choice as there is among those goalkeepers likely to be available in eight-team leagues.

With Arsenal set to play twice in Gameweek 29, and West Ham United being one of their opponents, I'd be looking at Luiz, who both offers potential points in defence and attack. The Brazilian also seems physically capable of playing two matches in a week.

Sarr is available in all three of the Draft leagues I play in so I'm guessing that he's available in yours. He should not only be your priority midfielder but your overall priority unless your midfield is absolutely stacked.

With Ashley Barnes still out and leaky Spurs defence visiting Turf Moor, Matej Vydra remains a good option. Deeney is likely to see a big boost in form due to Sarr's presence, as he did with his goal and assist against Liverpool. Deeney would be my choice if I needed a forward.