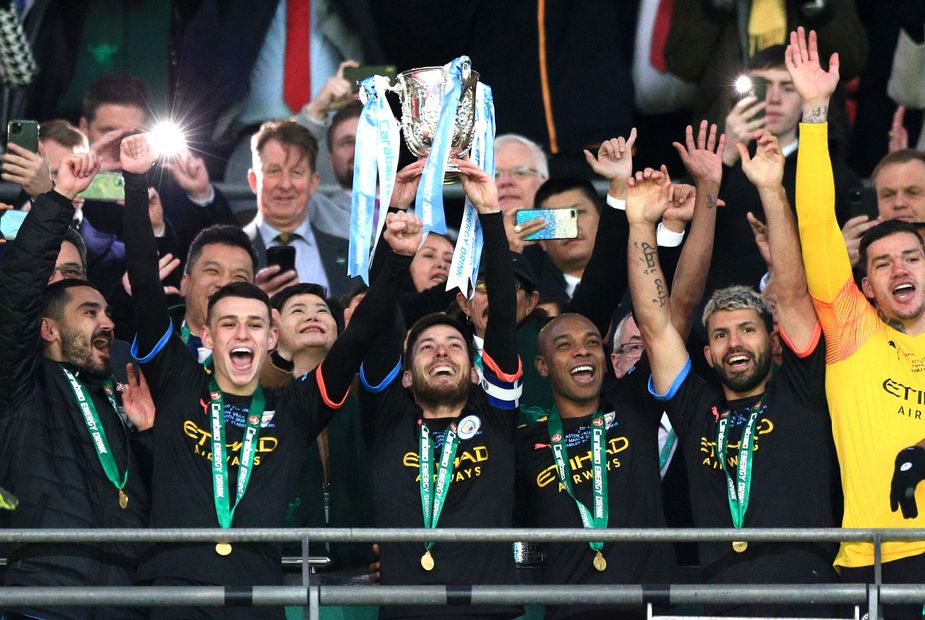 Manchester City have won the EFL Cup for the third year in a row, thanks to a 2-1 victory against Aston Villa at Wembley Stadium.

Rodri doubled their tally in the 30th minute, heading Ilkay Gundogan's corner beyond the reach of goalkeeper Orjan Nyland.

Mbwana Samatta pulled a goal back with a powerful header after Anwar El Ghazi nipped in ahead of John Stones and sent over a pinpoint delivery.

Villa pushed for a second-half equaliser, with Bjorn Engels' 88th-minute header tipped on to the post by Man City goalkeeper Claudio Bravo.

But Man City held on to become just the third team to win the EFL Cup three times in succession.

City are next in Premier League action at Manchester United on Sunday 8 March, while Villa visit Leicester City on the following day.