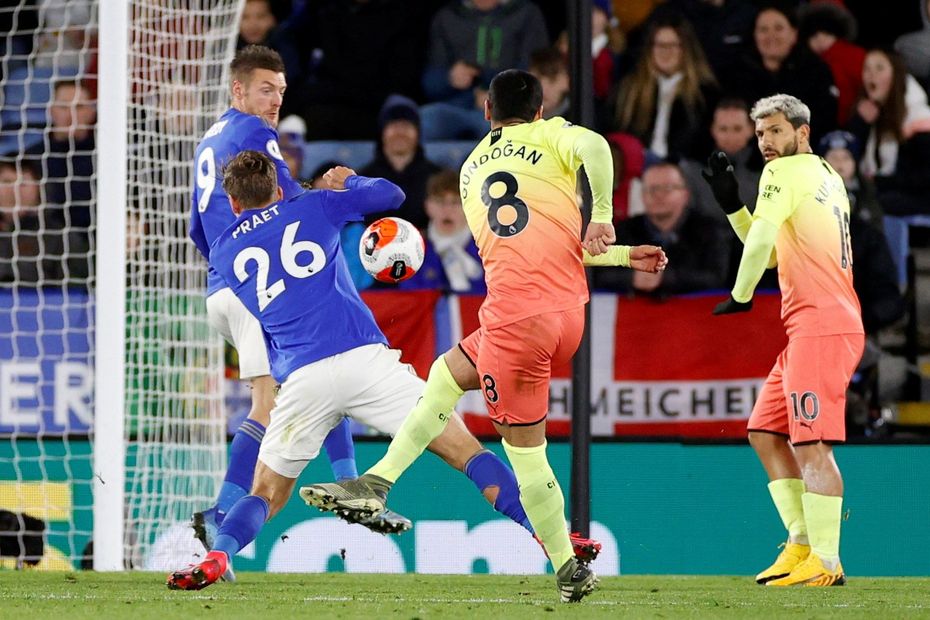 VAR: Everything you need to know
What's new in 2019/20: Handball rule change
MW26 VAR review: Why Neto was offside for Boly goal

Incident: In the 51st minute Giovani Lo Celso planted his leg on Cesar Azpilicueta's shin, but after a VAR review no card was given.

Foy's view: It has been well-documented that this should have been a red card. It was an error by the VAR. It happens. David Coote, the VAR is a very good referee. He is a human being and human beings make mistakes.

At the time, he felt there had not been a clear-and-obvious error by the on-field team. But, with hindsight, it’s a red card, simple as that. There was no malice by Lo Celso, but he comes in over the top of Azpilicueta's leg and catches him.

Incident: In the 21st minute an AFC Bournemouth corner deflected off Philip Billing, the ball falling to Joshua King, who scored inside the six-yard box. The goal was overturned by referee Mike Dean after the VAR found the ball had hit Billing's upper arm.

Foy's view: As we have seen a number of times this season, after a law change by The International Football Association Board (IFAB), a handball in the immediate build-up or act of scoring will result in the goal being disallowed.

I have watched this number of times and the ball hits Billing in the shoulder area and falls to King. It’s a tough one to spot, but the VAR has the benefit of watching the incident numerous times, in slow motion and on Ultra HD screens. The VAR was sure the ball came off Billing’s sleeve badge and therefore advised the referee to disallow the goal.

I’ve seen it argued it’s not clear and obvious, but if it hits the arm, that is factual, not subjective. In terms of where the arm starts and finishes, the Laws of the Game state "hand/arm". In the Premier League we have consistently said the arm ends at the join of the sleeve, from the top of the shoulder down to the armpit area. With VAR, you have the ability to look forensically at exactly where the ball strikes, so it is important to have a pre-determined point to determine what handball is.

Incident: In the 58th minute Harry Wilson equalised for AFC Bournemouth, but the VAR spotted that in the build-up to the goal at the other end of the pitch, the ball had hit the arm of AFC Bournemouth's Adam Smith. So the VAR recommended to referee Dean he should overturn the goal and award a penalty to Burnley, which Jay Rodriguez converted to make it 2-0.

Foy's view: It was only going to be a matter of time before we had an incident like this. While, of course, you have to have sympathy for AFC Bournemouth for the way it panned out, you also have to say it was the correct call.

When Dwight McNeil swings the cross in, the ball travels a long way and there’s no doubt Smith’s arm is extended away from his body and it clearly strikes the top of his arm. Although AFC Bournemouth go up the other end and score, but you have to go back to the original offence.

The key here is the VAR has to determine if the handball was deliberate or not. If it had been accidental, the goal would have stood as it was not in the immediate build-up to the goal. But the VAR felt it was deliberate, and it was therefore penalised.

Incident: Manchester City were awarded a penalty in the 60th minute after the VAR checked an incident in which Dennis Praet deflected Ilkay Gundogan's shot with an outstretched arm. Referee Paul Tierney was advised to award a penalty. Earlier in the match, James Maddison's free-kick had struck the raised hands of Kevin De Bruyne in the wall. The referee said it was not a penalty and the VAR did not recommend an overturn.

Foy's view: If we take a look at the De Bruyne handball first, he puts both arms up to protect his face and then turns away. The VAR felt his arms were tucked in, that he hadn’t made himself bigger, and it was therefore not a clear-and-obvious error. It is a subjective call and, if the on-field referee had awarded a penalty, I don’t think VAR would have overturned that decision.

The Praet handball is different. His arm is clearly extended away from his body, making him unnaturally bigger, and it’s his arm that blocks the shot. For me, it’s a handball, and the VAR correctly advises to award the spot-kick.