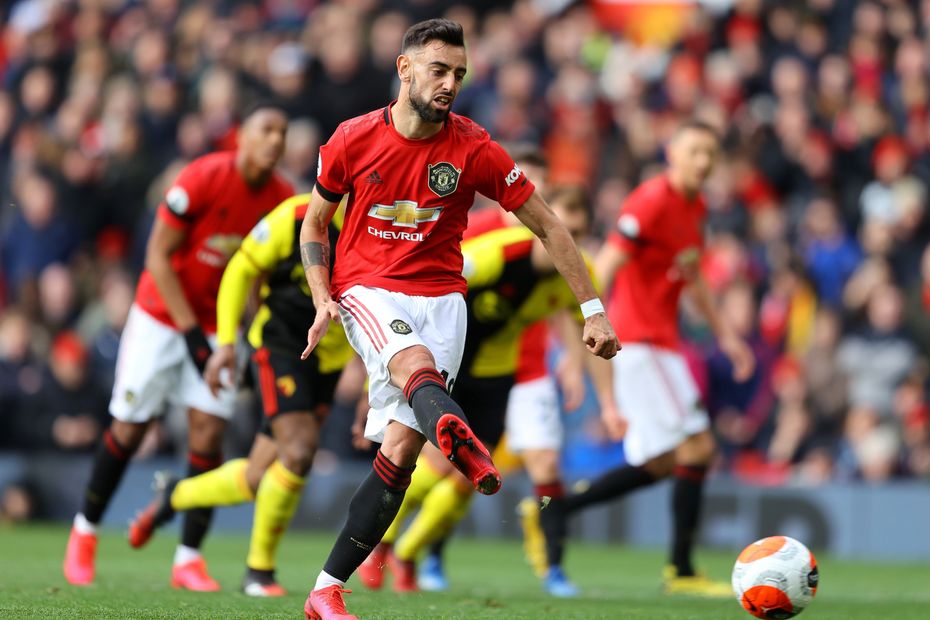 Bruno Fernandes has taken next to no time to make his mark in the Premier League.

The January signing scored and set up a goal in just his third appearance as Manchester United beat Watford 3-0 to move up to fifth in the table.

But it was not only the Portuguese's penalty and assist for Mason Greenwood that impressed Alan Shearer.

The Premier League Champion says Fernandes "ran the show" at Old Trafford and names the 25-year-old in his Matchweek 27 Team of the Week.

Made some crucial saves to keep AFC Bournemouth at bay for a third clean sheet in five matches.

Another two assists for the sensational full-back. He was once again the leaders' chief creator.

Fantastic free-kick to earn Palace a much-needed victory and played his part in the all-important clean sheet.

His brilliant strike proved decisive and he could even have had two more stunning goals.

Was excellent against his former club and assisted Gabriel Jesus for the winning goal.

Scored his first Man Utd goal with a confident penalty and once again ran the show in midfield.

A goal and an assist for the talented midfielder who is playing well enough to be knocking on the door for a senior England call-up.

A superb finish for his goal and was excellent in the build-up to the second. He slotted in seamlessly after so little game-time this season.

Two great goals put him joint-top in the race for the Golden Boot.

Masterminded a double over his former mentor Jose Mourinho in his debut Premier League season as a head coach. His team selection set up a thoroughly deserved victory.