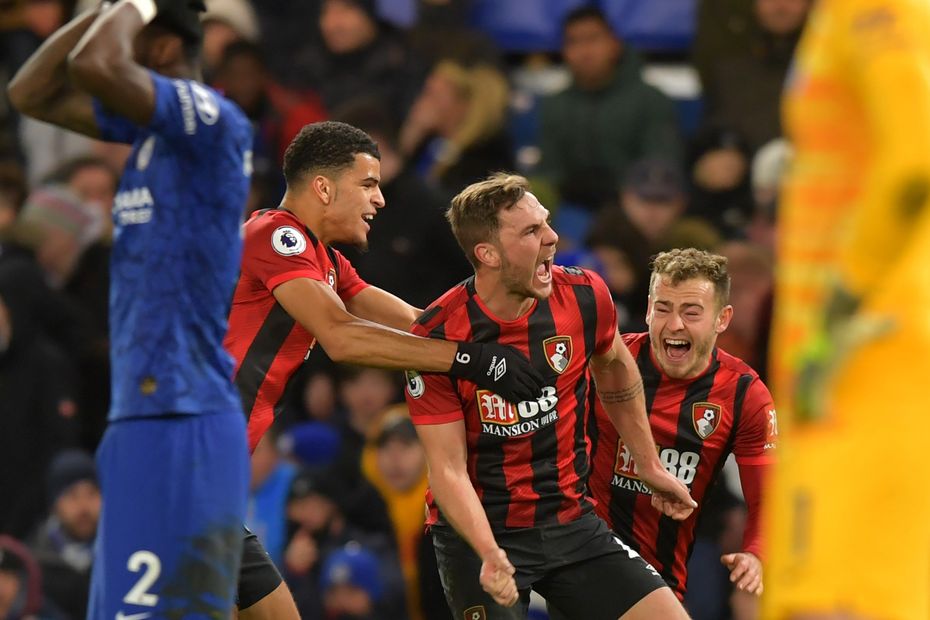 Since their promotion to the Premier League five years ago AFC Bournemouth have become a bit of a bogey team for Chelsea.

Indeed, having won 1-0 at Stamford Bridge in December, the Cherries will this weekend have a chance to make some history against the Blues.

For more on this and all the must-know facts for Matchweek 28, read below. To see the head-to-head records and key data for the matches, click on the fixtures.

Norwich City have scored 24 goals from 312 shots this season, giving them the lowest conversion rate in the competition at 7.7 per cent. Conversely, only Liverpool have a higher conversion rate than Leicester City's 14.6 per cent.

Glenn Murray has scored six goals in his last eight appearances in meetings between these sides, netting four for Brighton and two for Crystal Palace. Wilfried Zaha, meanwhile, has scored more goals against the Seagulls than he has versus any other side, with six.

Only Manchester City have won more matches and kept more clean sheets against Chelsea than AFC Bournemouth's four victories and four shutouts since the Cherries were promoted in 2015. The Cherries are looking to complete a league double over the Blues for the first time.

Excluding penalties, no team have scored a higher share of their goals this season from set-pieces than Newcastle United's 50 per cent. However, Burnley have conceded a league-low five per cent of their 2019/20 goals from such situations.

West Ham United have won more Premier League matches and more home fixtures against Southampton than they have versus any other side, winning 17 and 12 respectively.

Under Jurgen Klopp, Liverpool have scored more goals against Watford than they have versus any other side in the Premier League, netting 27 times in nine matches.

Manchester United have won only one of their last 13 Premier League matches played on the first day of a month (D8 L4), though that victory was a 2-0 triumph at Everton on New Year's Day in 2018.

After triumphing 3-1 in this fixture last season, Wolverhampton Wanderers have the chance to win back-to-back league matches at Tottenham Hotspur for the first time.