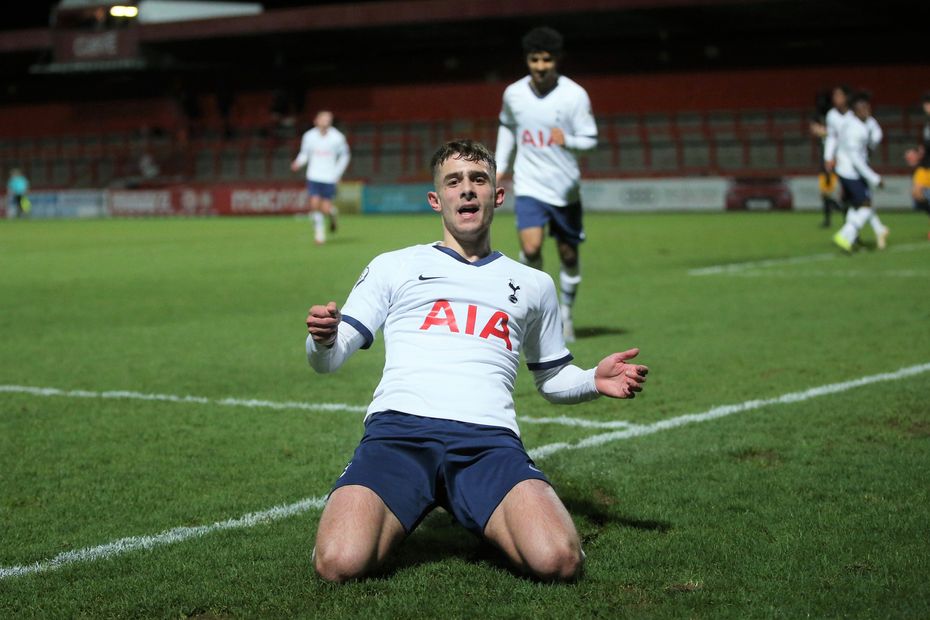 Maurizio Pochettino scored one goal and set up another on his father's birthday as Tottenham Hotspur defeated Wolverhampton Wanderers 3-2 in Premier League 2 Division 1.

A low drive by Jeremie Mukendi doubled the hosts' lead, and Pochettino, pictured, made it 3-0 before half-time with his first league goal of the season.

Renat Dadashov struck twice for Wolves in the final 13 minutes, including a penalty.

But Spurs held on for their first win in six matches, gaining a measure of revenge after the club's first team lost to Wolves by the same 3-2 scoreline on Sunday.

The north Londoners remain 10th, with 21 points, two places and 10 points ahead of bottom club Wolves.