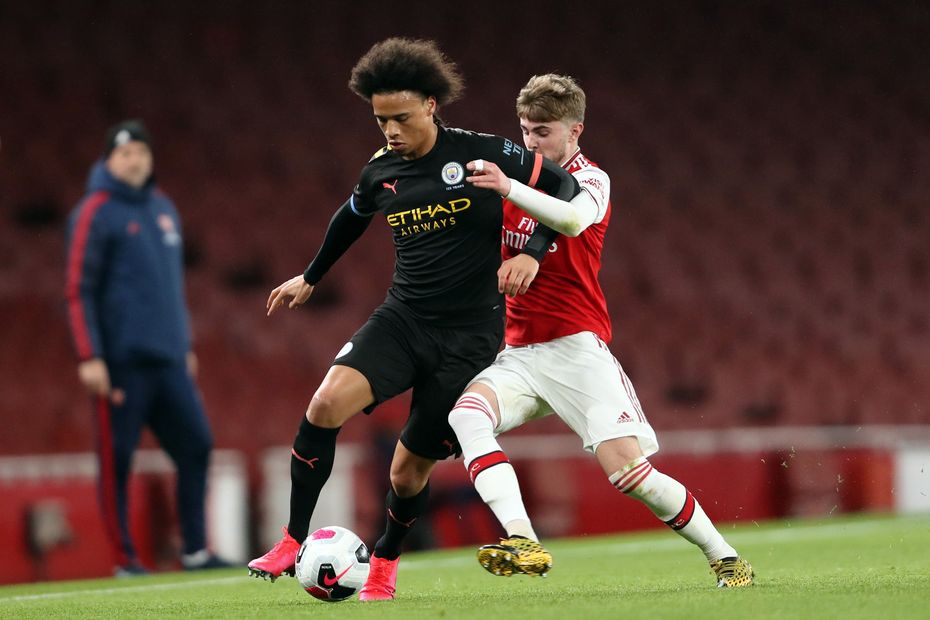 A Manchester City side featuring Leroy Sane scored three goals in the final 11 minutes to come from behind and win 4-2 at Arsenal in Premier League 2 Division 1.

Sane started for City at Emirates Stadium as he stepped up his recovery from a knee injury that has sidelined him for nearly seven months.

Folarin Balogun put the Gunners ahead in the very first minute and, although Man City levelled through Matt Macey's own goal, the 18-year-old restored Arsenal's lead with his second strike after the hour-mark.

The hosts were still ahead after 78 minutes, but Taylor Harwood-Bellis levelled, and Jayden Braaf put City ahead in the 84th minute.

Adrian Bernabe wrapped up a dramatic victory with his second strike two minutes from the end of normal time.