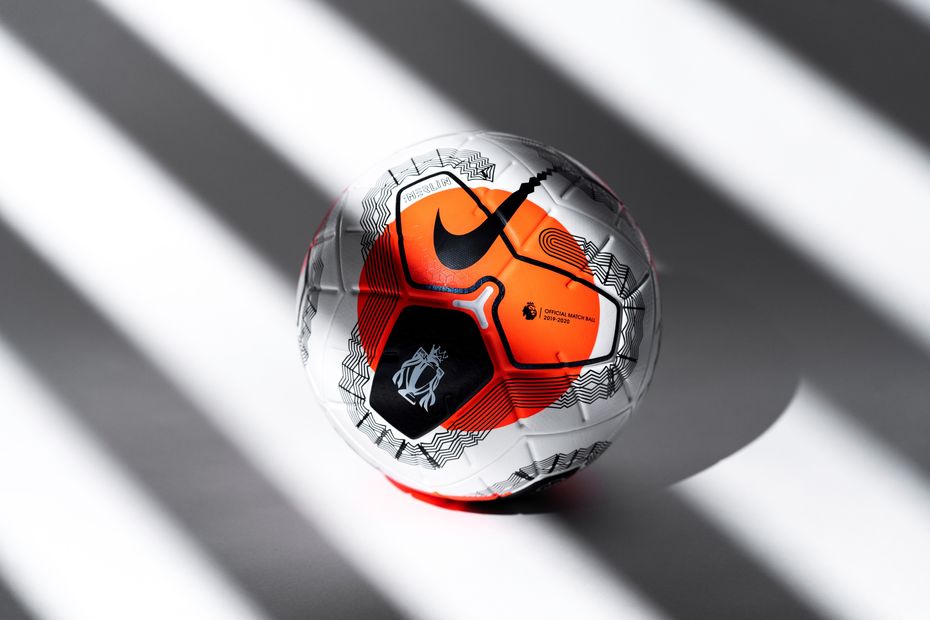 With the 2019/20 Premier League season heading into its final three months, Nike have introduced the latest ball for the competition.

The Nike "Tunnel Vision" Merlin will be used for the first time in the competition when Chelsea host Tottenham Hotspur in Saturday's early kick-off at Stamford Bridge.

While the patterns are similar to the regular-season Merlin used at the start of the campaign, the latest release will have a slightly modified design.

The Premier League Trophy features on one of the panels as a reminder of the ultimate end-of-season goal.

The "Tunnel Vision" design highlights the balance of clarity and disorder with bright orange circles amid a flurry of graphics, replacing the distinctive pink modular graphic.

This design underscores the players' ability to focus on one task while ignoring everything else.