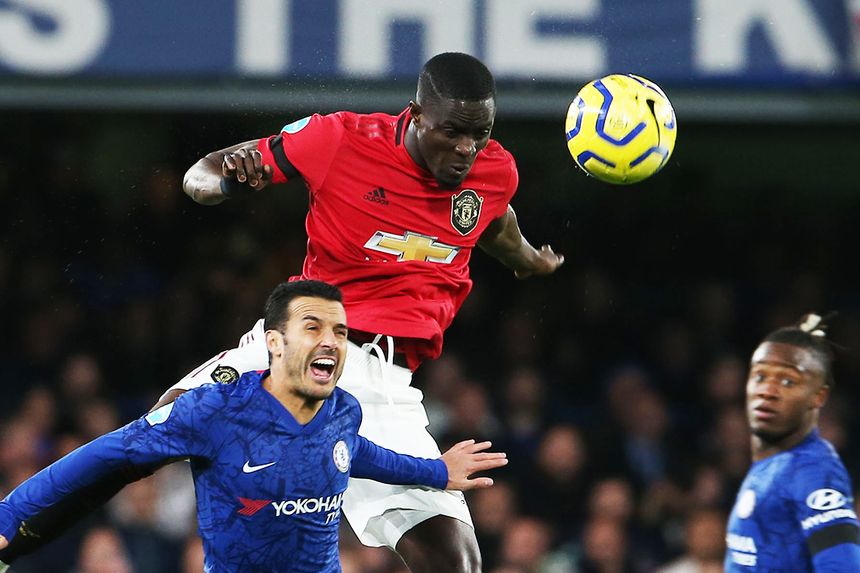 Harry Maguire produced a captain's performance as he scored in Manchester United's 2-0 win at Chelsea, but his centre-back partner Eric Bailly also caught the eye of Alan Shearer.

The Premier League Champion was impressed as Bailly made his return from a long-term knee injury, playing for the first time since April 2019, and kept the Blues at bay with some crucial interventions at the back.

Shearer has picked both of the Man Utd defenders in his Team of the Week, based on the Matchweek 26 action over the past 12 days.

🌟 @alanshearer has picked his MW26 Team of the Week!

Agree with his selections? pic.twitter.com/8CjXjirjdO

Made seven saves. Without his heroics, Spurs would have been out of sight well before their late winner, which was very harsh on the Spaniard.

This was his first appearance for almost 10 months but it certainly didn’t show. A great display was summed up by his incredible last-ditch challenge on Pedro.

A well-placed header capped off a commanding performance from Maguire, who is settling into his role as Man Utd captain nicely.

Did well to repeatedly control crossfield passes in difficult, windy conditions, and was a constant thorn in Norwich City’s side.

Ignited the second half with his goal and two assists. He seems to be adding an end product to his skills now.

Another brilliant performance by the Liverpool skipper and an excellent assist for Sadio Mane's winner.

Scored a fantastic goal and worked tirelessly in midfield.

Was a threat all match and showed great confidence and skill to nutmeg Valentino Lazaro before teeing up Pepe for his goal.

Crystal Palace couldn’t live with his pace and strength, as he demonstrated with his magnificent solo goal.

A revelation under Carlo Ancelotti, he showed his poacher’s instincts again with another close-range goal and also claimed an assist.

A constant threat, getting six shots on target and scoring twice. Despite being denied time and again by Reina, he kept his composure for the stoppage-time winner. He will be missed by Spurs.

Masterminded a big away win over a top-four rival. A second successive clean sheet bodes well for Man Utd’s chances of qualifying for the UEFA Champions League.