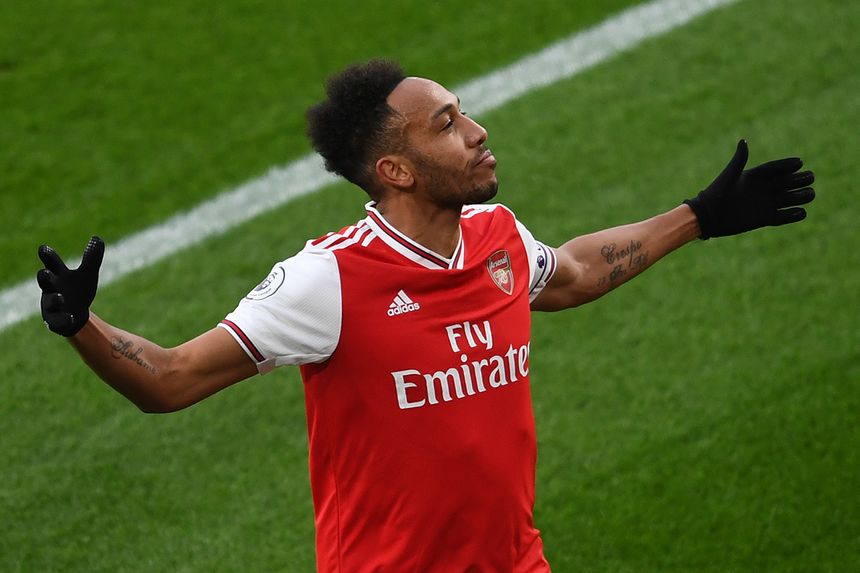 Dominic Calvert-Lewin acrobatically put Everton ahead after 50 seconds before Eddie Nketiah volleyed in from substitute Bukayo Saka's pinpoint cross to equalise on 27 minutes.

Aubameyang headed in his 17th PL goal of 2019/20 from Nicolas Pepe's cross 24 seconds into the second half to put Arsenal back in front.

Andre Gomes returned from a serious ankle injury as a substitute and Calvert-Lewin was denied by a Leno save as Everton pushed for a leveller, but Arsenal held on for back-to-back victories.

Arsenal move up to ninth with 37 points, two places and a point ahead of Everton.