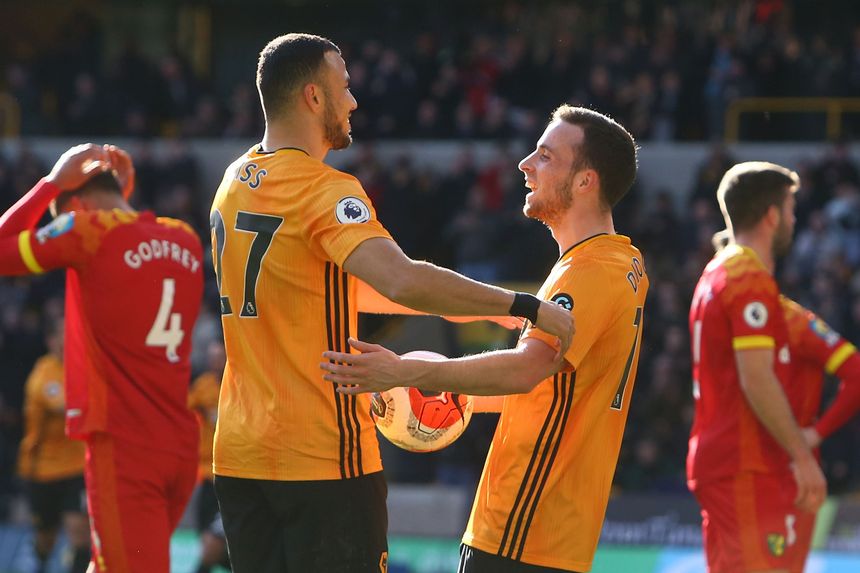 City well-beaten by Wolves at Molineux External Link
Heads Up: 'Mental health issues can affect anyone'

Diogo Jota made took his tally to five goals in three days as Wolverhampton Wanderers won 3-0 against Norwich City.

Wolves went in front after 19 minutes when Jota, who scored a hat-trick in their 4-0 UEFA Europa League success over Espanyol on Thursday, spun and finished past Norwich goalkeeper Tim Krul.

Jota tapped in from close range 11 minutes later for his second after Romain Saiss drilled the ball across goal.

Krul spectacularly tipped Ruben Neves's free-kick on to the crossbar to deny the home side a third before half-time.

Wolves striker Raul Jimenez did make it 3-0 on 50 minutes, netting from close range after Jota's shot came back off the post.