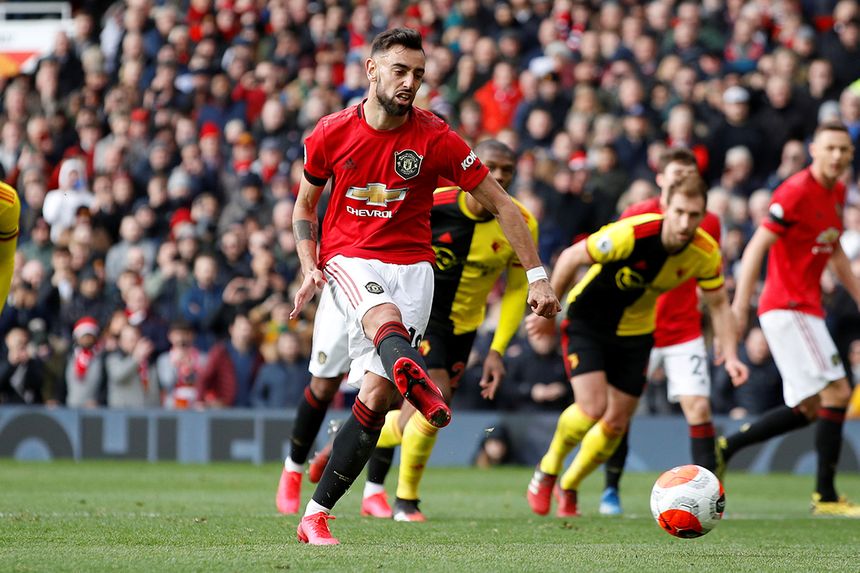 Bruno Fernandes scored his first Manchester United goal as they beat Watford 3-0 to move up to fifth in the table.

Fernandes put Man Utd ahead on 42 minutes, slotting past Ben Foster from the penalty spot after he was brought down by the Watford goalkeeper.

Watford's Troy Deeney then had a goal overturned by the Video Assistant Referee after Craig Dawson was adjudged to have handled in the build-up.

Anthony Martial doubled Man Utd's lead in the 58th minute in sublime style, skilfully beating a defender before chipping the ball over Foster.

It was 3-0 with 15 minutes remaining when Fernandes fed Mason Greenwood, who smashed the ball in off the underside of the crossbar.

Watford remain 19th with 24 points, one adrift of Aston Villa in 17th.