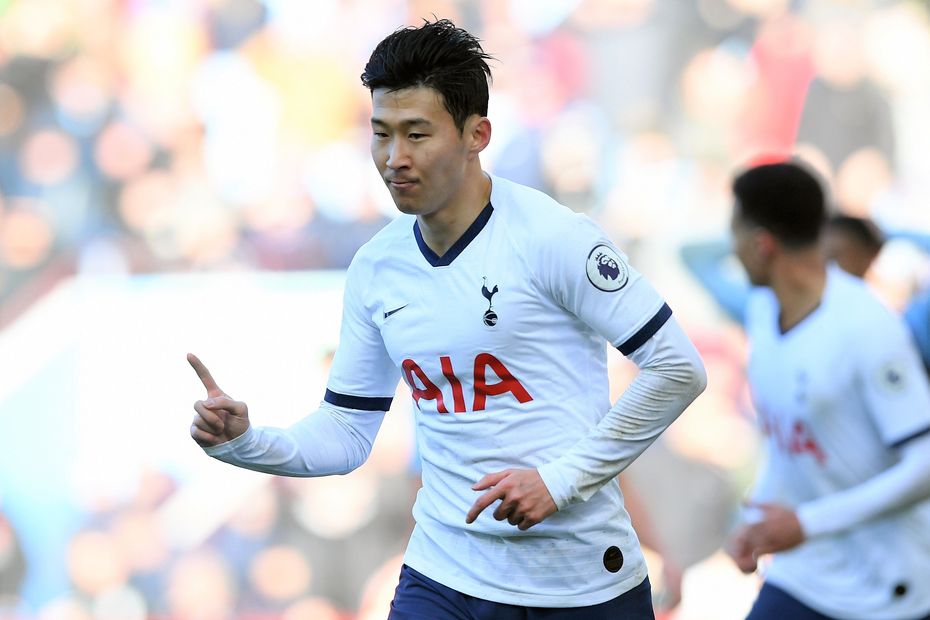 Son Heung-min not only secured a valuable victory for Tottenham Hotspur at Aston Villa on Sunday, he also achieved a Premier League first.

Spurs were drawing 1-1 when Son stepped up to the penalty spot at the end of the first half. And, although his initial spot-kick was saved by Pepe Reina, the South Korean reacted quickly to follow up and score.

In doing so he became the first Asian player to hit 50 goals in the Premier League and he took his tally to 51 later in the match.

He is the sixth Spurs player to reach a half-century after Teddy Sheringham, Robbie Keane, Jermain Defoe, Harry Kane and Christian Eriksen.

"I've scored 50 Premier League goals but without the team, without the supporters, it's impossible," Son told Spurs' official website.

Son's second goal at Villa Park was also significant, again not only for Spurs' top-four challenge but their history books too.

After Dean Smith's hosts had levelled the match at 2-2, Son struck decisively in stoppage time to take Spurs one point behind Chelsea.

Coming after 93 minutes and 34 seconds, it was the club's latest winning goal in the Premier League for over a decade.

"It's really amazing," said Son. "Winning is always positive but especially that way, how we won - 2-2, last seconds - a better afternoon is impossible."

Alexis Sanchez holds the record for the latest Premier League winner since Opta began collecting such data in 2006/07.

The Chilean secured a 2-1 home victory for Arsenal over Burnley when he struck after 97 minutes and 14 seconds in January 2017.

The latest goal ever scored in a Premier League match was an equaliser, scored against Arsenal, in the 12th minute of stoppage time by Liverpool's Dirk Kuyt in April 2011.