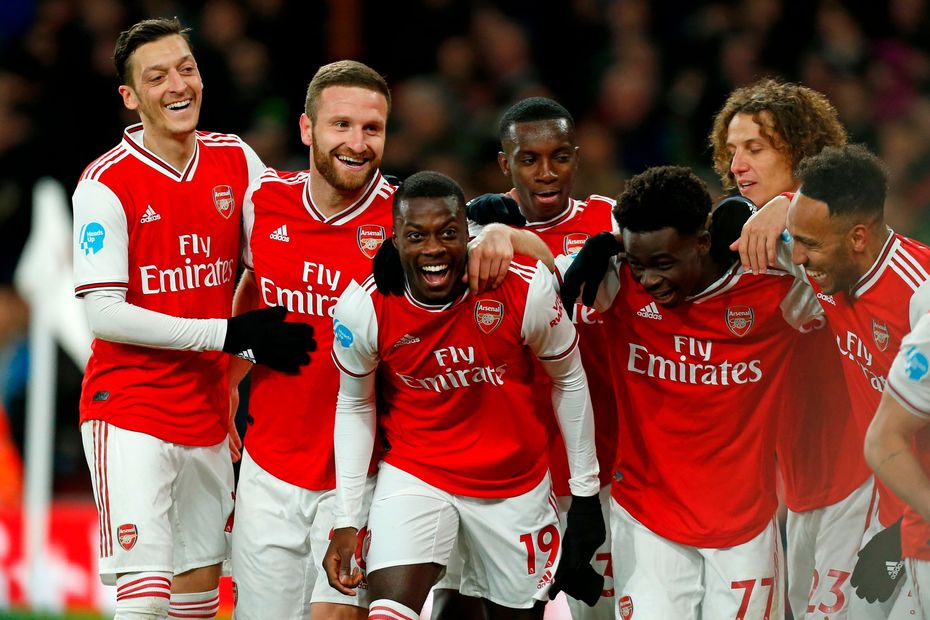 Wright: Arsenal can finish in the top six

An impressive second-half performance by Arsenal secured a comprehensive 4-0 victory over Newcastle United.

Newcastle's Joelinton shot wide while Arsenal duo Pierre-Emerick Aubameyang and Eddie Nketiah were denied by Martin Dubravka in a goalless first half.

Nketiah hit the crossbar early in the second half before Aubameyang headed in from Nicolas Pepe's cross to put Arsenal in front after 54 minutes.

The Gunners doubled their advantage within three minutes, Bukayo Saka winning the ball from Valentino Lazaro and crossing for Pepe to steer past Dubravka.

A first win in five matches moves Arsenal up to 10th place with 34 points, three clear of 13th-placed Newcastle.