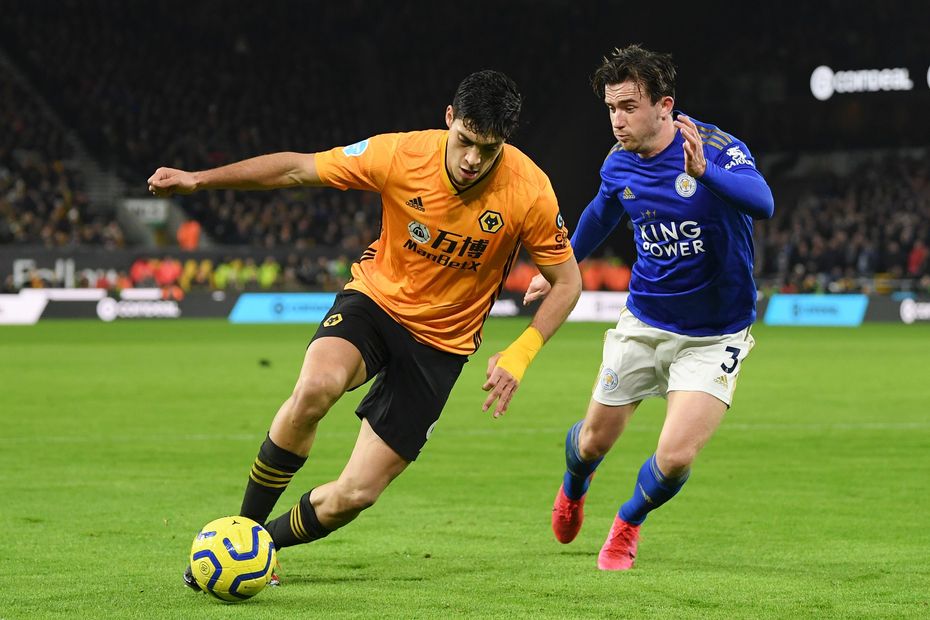 Wolverhampton Wanderers were unable to find a breakthrough against 10-man Leicester City as they were held to a second successive goalless draw.

Forward Diogo Jota was denied by Kasper Schmeichel and at the other end Leicester's Caglar Soyuncu headed straight at Rui Patricio during the opening exchanges.

Wolves defender Willy Boly had a goal overturned by the VAR on the stroke of half-time after Pedro Neto was adjudged to be offside in the build-up.

Ricardo Pereira flashed a shot wide in the second half before Leicester midfielder Hamza Choudhury was sent off for a second yellow card following a foul on Leander Dendoncker.

Raul Jimenez sent a third headed chance wide in stoppage time as the two teams played out a goalless draw for the second time this season.

Wolves move up to seventh with 36 points, while Leicester remain third on 50 points.