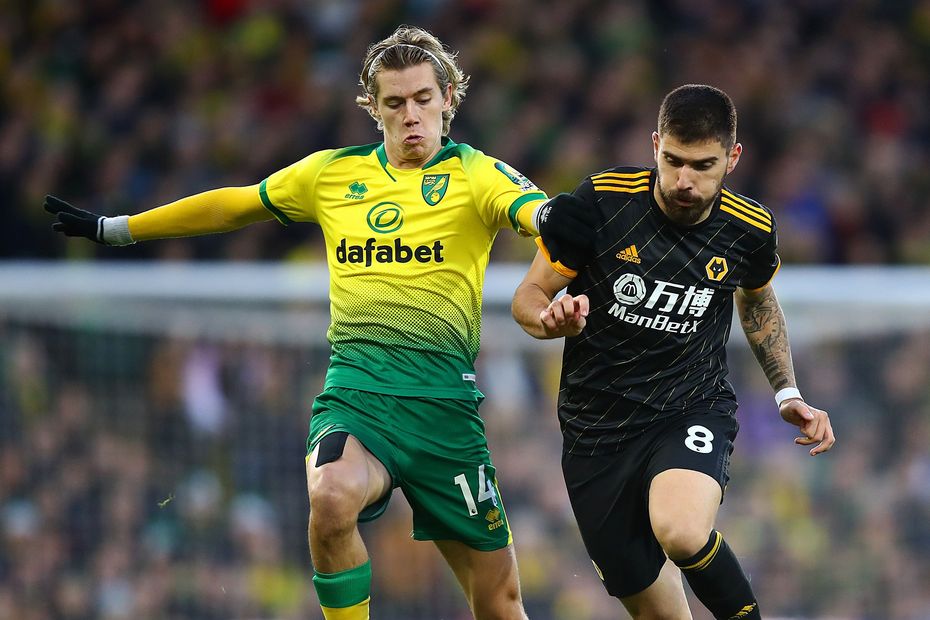 Both sides are targeting a first win in four matches as they meet at Molineux with Wolverhampton Wanderers in ninth place and Norwich City bottom, seven points from safety.

Wolves have reported no new injuries following their UEFA Europa League win over Espanyol in midweek.

Norwich City full-back Sam Byram (hamstring) has been ruled out for the rest of the season. Christoph Zimmermann (hamstring) and Onel Hernandez (knee) are major doubts.

Raul Jimenez's 11 Premier League goals this term are the most by any player without scoring an opener. Seven of those strikes have been equalisers for Wolves.

Only Arsenal, with 13, have had more draws this season than Wolves' 12. It is already their joint-highest number in a Premier League campaign, along with 2003/04.

Wolves have lost more than half of their last 13 Premier League matches against sides starting the day bottom of the table (W4 D2 L7). But they did win their most recent such encounter, against Watford.

Norwich’s Emiliano Buendia has created 69 goalscoring opportunities in the Premier League this season. Only Kevin De Bruyne has more.