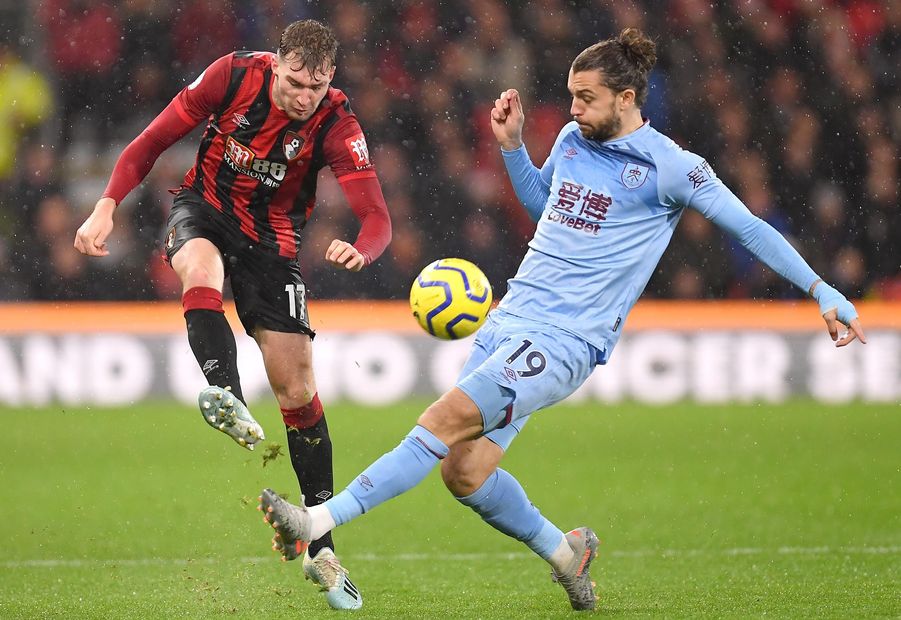 Burnley are targeting a fourth win in five matches, having drawn the other fixture in that run.

AFC Bournemouth are seeking a return to winning ways after losing at Sheffield United last time out.

Burnley forward Chris Wood (hamstring) will have a late fitness test while Matt Lowton (knee) and Ashley Barnes (groin) both miss out.

Johann Berg Gudmundsson (hamstring) will be in the matchday squad although the fixture may come too soon for him to feature.

AFC Bournemouth will have Jefferson Lerma back in contention after suspension.

David Brooks (ankle), Lloyd Kelly (thigh) and Arnaut Danjuma (foot) are making good progress from their injuries but are not yet ready to return to action.

Burnley are looking to win four consecutive Premier League matches against an opponent for only the second time, having done so against Hull City between 2009 and 2015.

The Clarets have won five of their seven Premier League encounters with AFC Bournemouth, winning the last three. That win rate of 71 per cent is their best against any opponent who they have played at least five times in the top flight.

AFC Bournemouth striker Callum Wilson is seeking to score in successive league matches for the first time since September.

The Cherries have scored a league-high 13 goals from set-pieces this season, excluding penalties. Seven of their last 12 Premier League goals have come in this manner.