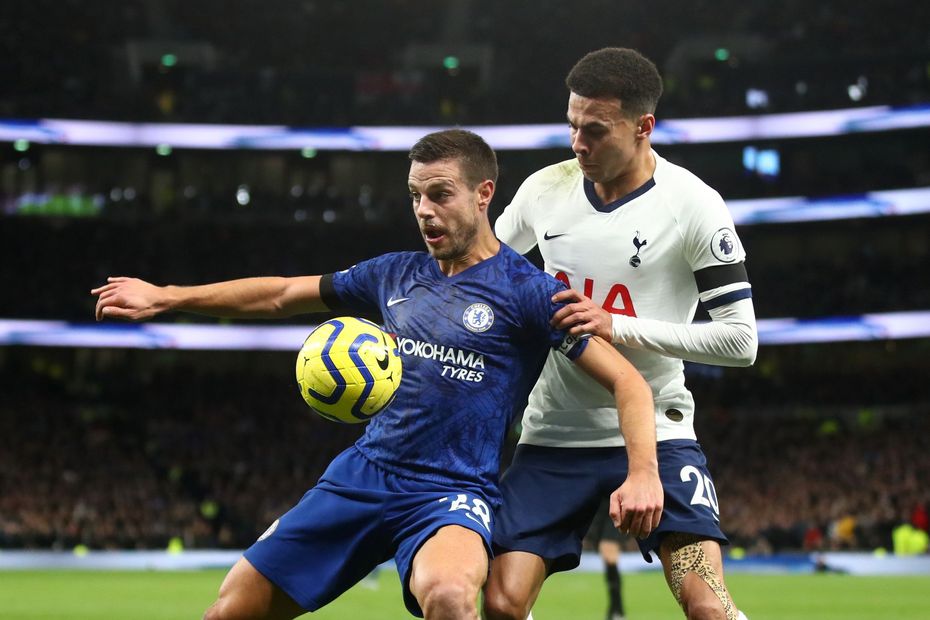 These London rivals are separated by only one point as they go head-to-head in a crucial match in the top-four fight.

Fourth-placed Chelsea are seeking to bounce back after Monday's home defeat against Manchester United, while Spurs would leapfrog their hosts with a fourth consecutive Premier League win.

Ruben Loftus-cheek and Tammy Abraham (both ankle) have been included in the squad. Andreas Christensen (broken nose) will wear a protective mask but is fit for selection.

N'Golo Kante (muscle) and Christian Pulisic (abductor) are out.

Chelsea can secure a third successive Premier League win over Spurs for the first time since March 2006, when the Blues were managed by Jose Mourinho.

Frank Lampard, who made 140 Premier League appearances under Mourinho, is aiming to become only the second manager to win his first two league matches against the Portuguese after Boavista’s Jaime Pacheco in 2001.

Spurs, who have won 499 top-flight away matches, can become the seventh team to reach 500, after Liverpool, Arsenal, Manchester United, Everton, Aston Villa and Chelsea.

Mourinho is looking for his first Premier League win at Stamford Bridge as an away manager, having drawn one and lost the other two of his attempts there with Manchester United.