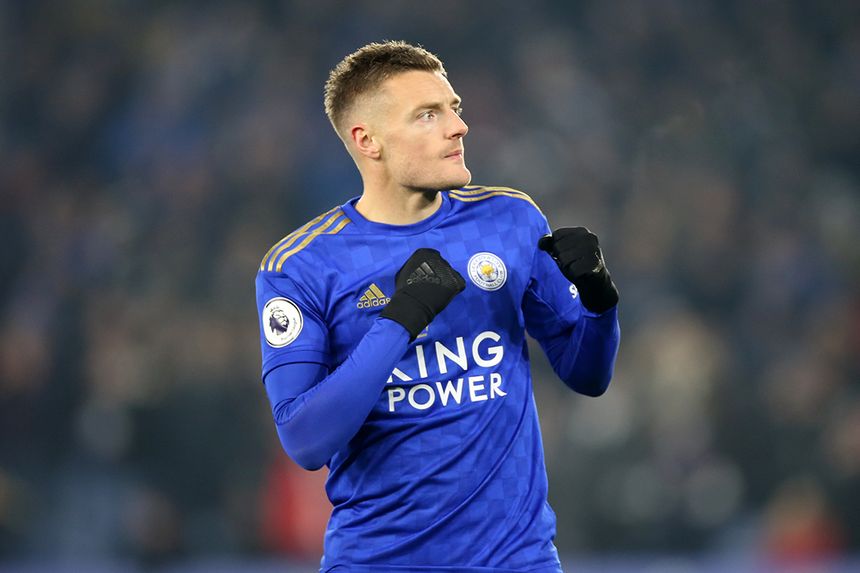 The Leicester City striker is the top-scoring forward in FPL thanks to his 17 goals and six assists.

Vardy has totalled 154 points from 24 appearances and holds a 20-point lead over his nearest rival, Manchester United's Marcus Rashford (£8.9m).

As a result, he is also the most popular forward in the game, sitting in 37.2 per cent of squads.

And the Foxes’ schedule can reward Vardy backers with more attacking returns.

But after that each of their subsequent four matches score just two in the Fixture Difficulty Ratings (FDR).

Vardy's owners will be encouraged by his record against his five opponents from Gameweek 28 onwards.

Across the reverse fixtures he totalled five goals, two assists and 44 points, producing returns on each occasion.

Top of the charts

The underlying numbers highlight his importance to Brendan Rodgers’ attack.

Vardy's 48 shots in the box and 33 shots on target are team-leading totals for the Foxes.

Furthermore, his total of 27 big chances is more than any other player in FPL this season.

Vardy can take advantage of Leicester's schedule to maintain his spot as the leading points-scoring forward in the game.