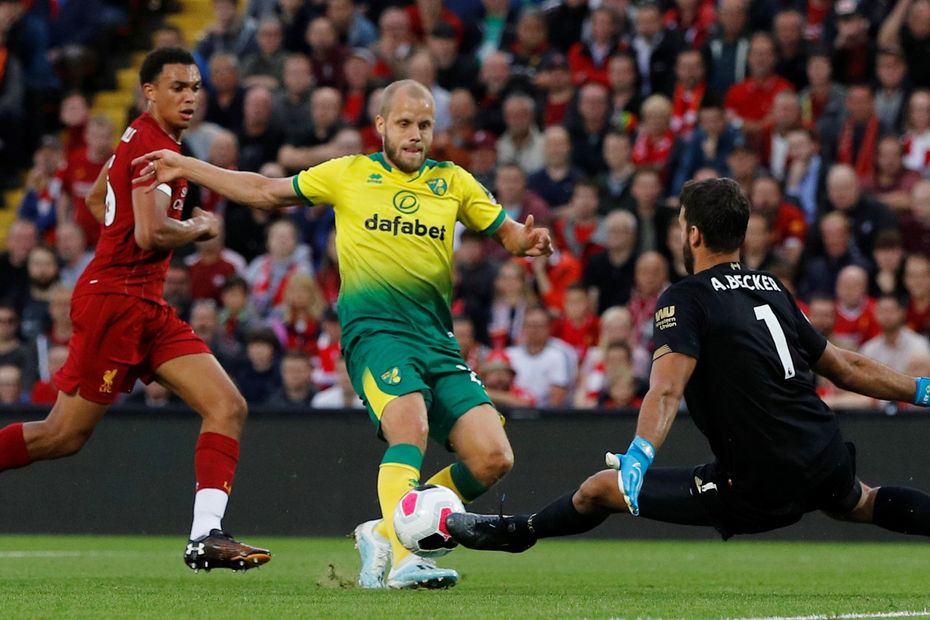 The sides have met 17 times in the Premier League and there have been a total of 68 goals, an average of four per fixture.

It makes this the joint highest-scoring match-up out of the 425 played at least 10 times in the competition.

Highest average for goals per meeting*

Recent history, along with the quality of both teams' attacking players, suggests the average could increase this weekend.

After all, there have been 14 goals across the last two meetings alone.

Liverpool edged a thrilling contest 5-4 on their last visit to Carrow Road in January 2016, before triumphing 4-1 at Anfield on the opening day of this season.

That has been something of a trend this season, with the number of goals in historically high-scoring fixtures only increasing.

Contests between AFC Bournemouth and West Ham United average 3.8 goals, but there have been four in both of this campaign's showdowns, a 2-2 draw and a 4-0 victory for the Hammers.

Manchester City's matches against Norwich and Burnley average 3.65 and 3.64 goals respectively. But Pep Guardiola's side lost 3-2 at Norwich in September and won 4-1 at Burnley in December.

With a reverse fixture to come against both clubs this season, City's match-ups against the Canaries and Clarets could rival Norwich and Liverpool's status as the highest-scoring duel.

See: Firmino on course to beat Giggs' away goal records