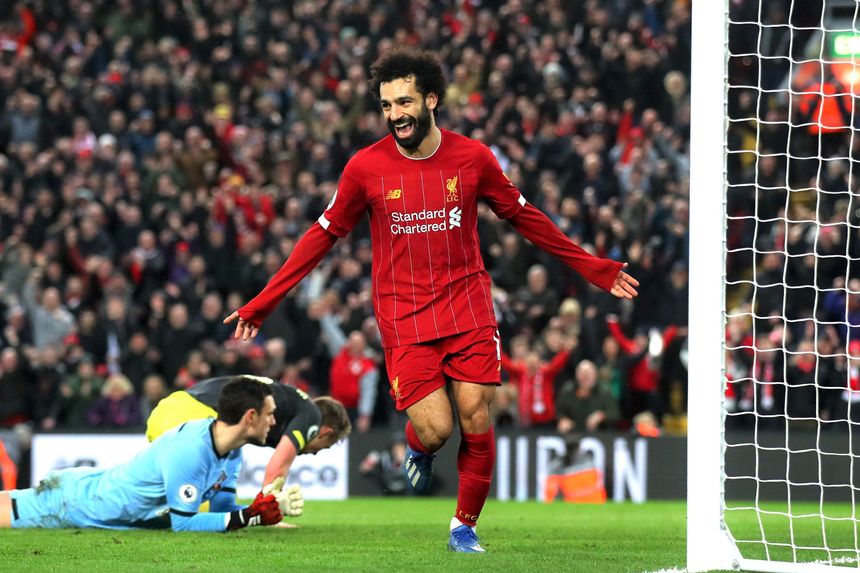 Behind the Badge: 18 months inside the LFC goalkeeping department External Link

The Liverpool attacker has soared to the top of the FPL player standings on the back of some outstanding recent displays.

Salah has recorded five double-figure hauls in his last 10 matches, with his total of 165 points leaving him four ahead of his nearest rival, Kevin De Bruyne (£10.8m).

The Egyptian’s average of 7.5 points per match (ppm) this season is greater than his 6.8ppm last term, when he finished as the top-scoring player in FPL for the second successive campaign.

Salah’s potential is further highlighted by his underlying statistics.

His totals of 85 shots, 69 shots inside the penalty area and 39 shots on target are all more than any other player in FPL.

His performances have been even better than in 2018/19.

His average number of shots inside the penalty area have risen from 2.5 to 3.1 this season, while his minutes per goal have quickened from 148 to 134.7.

Over two million managers have backed Salah with the captaincy for Liverpool’s Gameweek 26 visit to Norwich City.

And the Reds’ run of matches suggests it will continue to be difficult to overlook the 27-year-old for the armband.

That sequence of fixtures gives Salah the chance to extend his lead at the summit as he looks to finish 2019/20 as the top-scoring player for the third successive season.