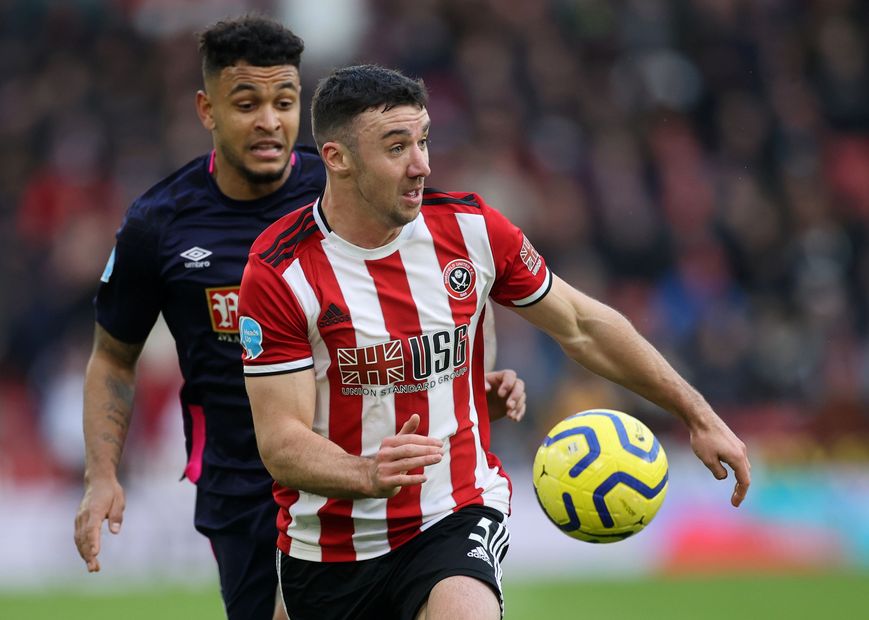 Owners of John Lundstram (£5.0m) in FPL should consider swapping him out for his Sheffield United team-mate Stevens.

Lundstram is the third most-owned defender in the game, currently in 43.2 per cent of squads.

Although he rewarded his owners' faith by scoring the winner against AFC Bournemouth on Sunday, the 25-year-old has now failed to start any of the last three Gameweeks.

By comparison, Stevens has played every minute of the season for the Blades.

The underlying statistics show his creativity is a major weapon for Chris Wilder’s side.

His 29 key passes rank third for Sheff Utd and fourth among defenders in FPL.

Stevens' total of eight big chances created is third among defenders, bettered only by the 13 and nine of Liverpool pair Trent Alexander-Arnold (£7.7m) and Andrew Robertson (£7.0m) respectively.

The Blades have conceded the second-fewest goals in the opening 25 Gameweeks, with just 24, only behind Liverpool's 15.

That has helped Stevens combine his one goal and two assists with nine clean sheets.

Investors should be aware that Sheff Utd have a blank in Gameweek 28.

But Stevens’ security of starts means he can be easily benched by owners ahead of a very promising home fixture against Norwich City the following weekend.